The Best Fenced Playgrounds In Melbourne 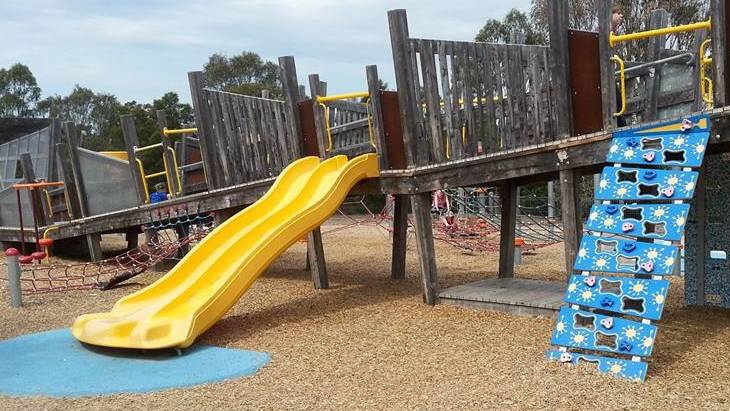 Taking the kids to the park may seem like a relatively straightforward task, but when you factor in more than one tenacious child, it can be a mammoth effort to keep track of them. That’s why we love fenced playgrounds. It can be tough work finding a fenced playground in Melbourne that the kids love, so we’ve helped you out. Here are our favourite fenced playgrounds in the Melbourne area – and they’re all free!

Knowing the kids are safely enclosed within a set area gives parents peace of mind that if they do a runner, they can’t be far away! Fenced parks are also great for keeping dogs out of the play area, particularly with younger tots and bubs about. 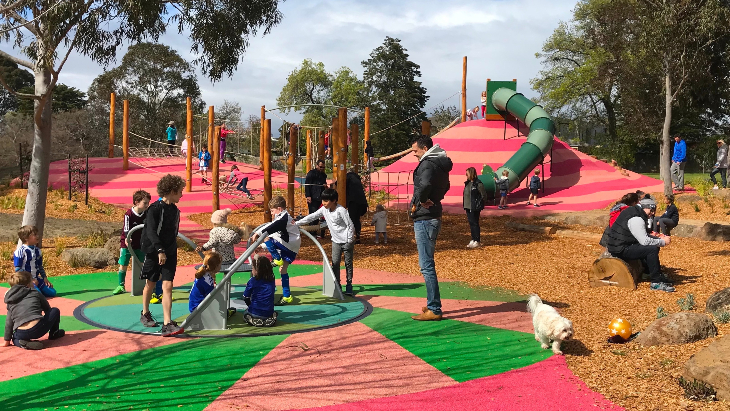 Right near the corner of Nepean and Dendy St, you’ll find Dendy St Playground, a contemporary enclosed playground designed especially for the younger kids. With fabulous large shade sails and soft white sand underfoot, it’s a great park to whip off the kids’ shoes and let them play with abandon while you have a breather. The equipment is modern and safe for tots, and the surrounding areas facilitate barbecues and birthday parties, with seating and tables available within the enclosed area. 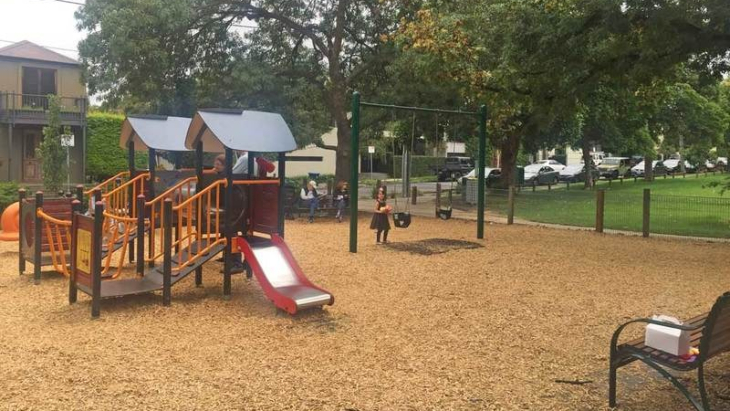 This enclosed park has play and climbing equipment for younger and older kids and is fully fenced. Nearby seats are great for stopping for a snack, and there are ample grassy areas around to kick a ball or throw a frisbee. A huge drawcard of this Union St Reserve is its proximity to the fabulous Cubbyhouse Canteen, which is a simple stroll away. So grab yourself a coffee at the canteen, and let the kids run it off in the enclosed playground – too easy! 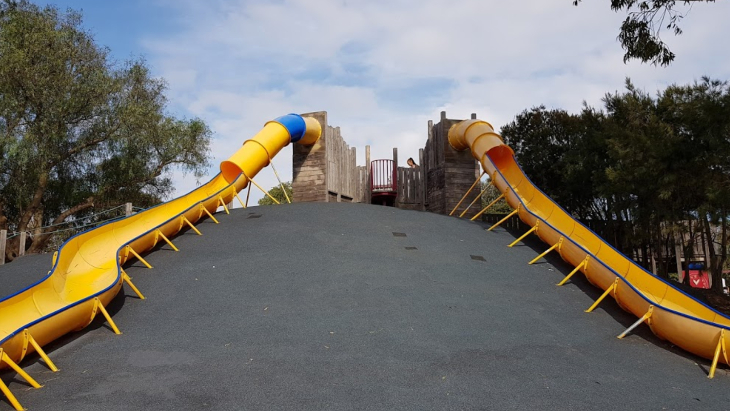 Famed for its awesome yellow slides, Bicentennial Park is a fully-fenced and beautifully designed playground that the kids will want to return to time and time again. There is HEAPS to do at this playground, with numerous pieces of modern equipment, and an enormous area to explore. Plenty of seating, barbecue areas, shaded areas, tables and toilets make Bicentennial Park a fabulous place to base the family for the afternoon. 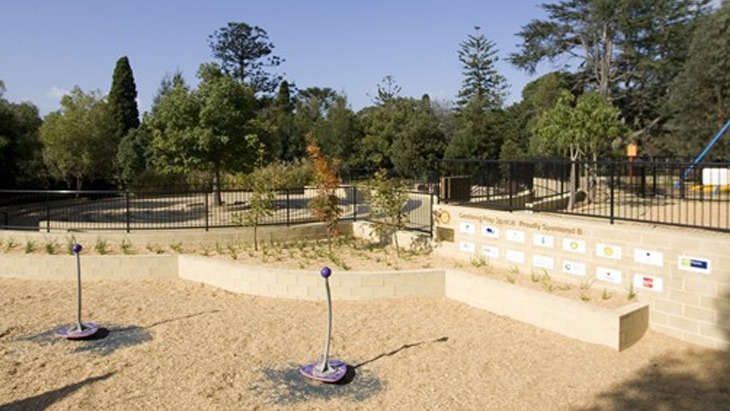 Right next to the Geelong Botanic Gardens with views of Corio Bay, Geelong Playspace is well worth a visit. Your little buccaneers will love the pirate ship at this one! There are also tunnels, climbing walls, a sandpit, colourful stepping stones, and so much more. This award-winner also includes a Liberty Swing for children in wheelchairs, the key for which can be collected at The National Wool Museum or the Carousel on the waterfront. There are seats and shaded areas around, as well as barbecue areas outside of the fenced zone – sausage sizzle anyone? 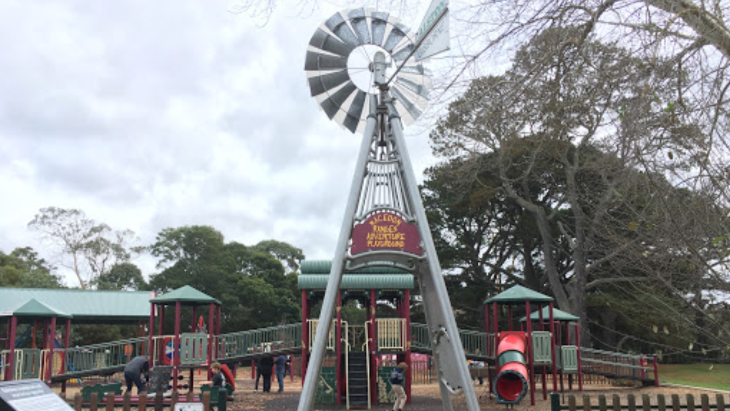 Located in the stunning Macedon Ranges, just under an hour from the CBD, you’ll find a little slice of heaven: the Gisborne Adventure Playground. Fully-fenced, this park has loads of awesome gear for the kids to explore: flying foxes, a climbing frame, and excellent equipment for toddlers. The fenced playground includes a barbecue area, seats and toilets. Put those adventure caps on, people! 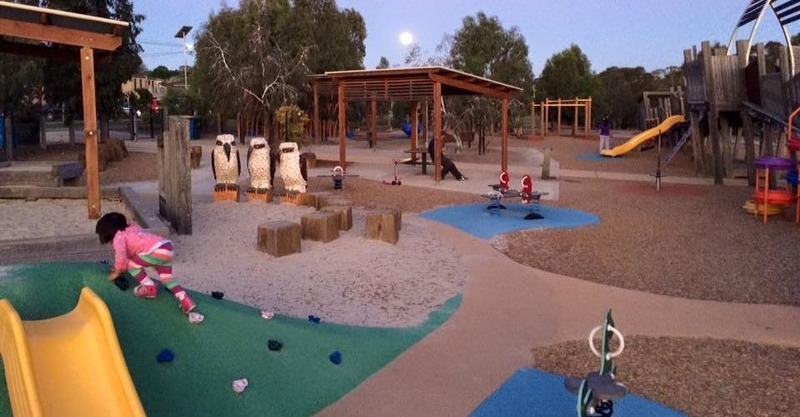 For a fantastic, large playground that's fully-enclosed and with loads of grassy goodness to enjoy, Markham Reserve in leafy Ashburton is a winner. The play equipment is many and varied, with climbing walls, monkey bars, swings, see-saws – and we have to mention the iconic carved kookaburras that overlook a small sandpit, one of several nature-inspired artistic elements to the park. Known as a five-star playground for the sheer amount of activities and facilities, this is a park well worth stopping by for a play. There is parking available as well as seating and toilets. It’s also very close to Chadstone Shopping Centre - be sure to check this one out!

Other Playgrounds To Check Out

Have You Been For A Play At KidTown?!
Melbourne Cafes With Outdoor Play Areas
Melbourne's Most Creative Playgrounds