Where To Trick Or Treat In Sydney This Halloween 2019 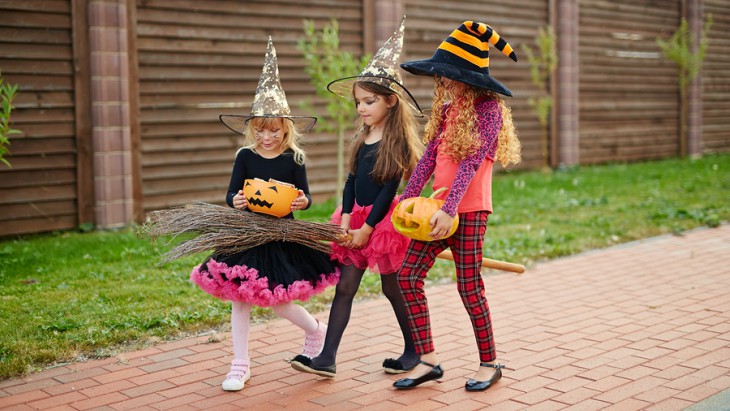 Although not typically celebrated in Australia as spectacularly as other places around the world, Halloween is definitely fast becoming a popular annual event for kids and families. If you’re hoping to get in the spirit this year and treat your kids to a little too much candy, here are some awesome streets around Sydney with great Trick or Treat houses to visit. Please note: Halloween is on a Thursday night this year (31 October 2019) so don't miss it!

Pro Tip: This year take a few bags of lollies with you to donate to the houses you visit. Don't just take, give back to the community too. Source: Thanks to ellaslist reader Myrna Panagakis for this awesome contribution of her home in Peakhurst!

Check Out Some More Halloween Stuff On ellaslist

Halloween is great and our street is listed. We welcome the children and have a lot of fun preparing for the fun. People really need to lighten up. It's fun and kinda spooky. Kids are not disappointed when they come to our street. The more the merrier !!! Happy Halloween

I totally agree with the fact that Halloween is getting out of hand. Our street was a danger zone this year; it was like Disneyland on steroids. Cars parked on both sides of the road and coming from all directions. I used to enjoy Halloween but I haven't participated for the last few years since our street has been posted on the internet. And in the end it's the children who suffer. Most go to a lot of trouble with their costumes only to be disappointed.

I totally agree that these lists shouldn’t be published. Our area is on this list and it was out of control. I loved the community aspect of everyone out and about with their families but it was almost unsafe for the little ones because of the crowds and the greediness of some kids was upsetting (kids with pillowcases just getting more and more). One local lady had 500 lolly bags prepared and she still ran out, leaving disappointed kids. I have also heard people in the street are giving up doing Halloween because it’s too much. Areas can only handle so much traffic in such a short period of time and it would be better for people to start activities in their own area rather than expecting others too keep shouldering the burden.

Totally get what you are saying Margaret. Listing streets on social media and websites actually wrecks Halloween - and I am not a Halloween hater! In fact, I spent years building up Halloween in our street with a letter and balloon and through word of mouth it became a lovely night with a steady trickle of people trick or treating. Once it was posted on Halloween street lists in social media, hoardes of people landed in our street and it got out of hand. So much so that many people in the street are refusing to participate at all. What a shame. Ellaslist - please lose the list and instead put up a post about how to get Halloween happening safely in your own surrounding streets. That way everyone can get to know their neighbours, whilst no-one is bombarded with crazy numbers.