There’s Another Range Of Supermarket Collectables On The Block—But This Time They’re Plastic-Free! In case you missed the memo, supermarket giant Coles has recently announced the successor to their overwhelmingly popular Little Shop collectable campaign, Stikeez, and with that has brought prior backlash over environmental concerns about the predominantly-plastic items straight back into the spotlight.

Enter, Woolies—with a smug, holier-than-thou look on their face as they reveal their latest collectable endeavour, in all of their tin-plated, paper-wrapped, recyclable glory.

From Wednesday, families shopping at Woolworths will be able to collect Disney Words – 36 tiles featuring a Disney character on one side and a letter on the flipside for use in various word games.

The tiles are made of tin-plated steel and come in a paper wrapper, and Woolworths claims both are recyclable through council kerbside collections. Hallelujah!

Woolworths is also offering customers the option to purchase an album for the tiles, a magnetic message board or a carry bag to hold the loose tiles. And the best part is that only one of those options, the album, contains plastic—while the carry bag and magnetic board are proudly plastic-free. 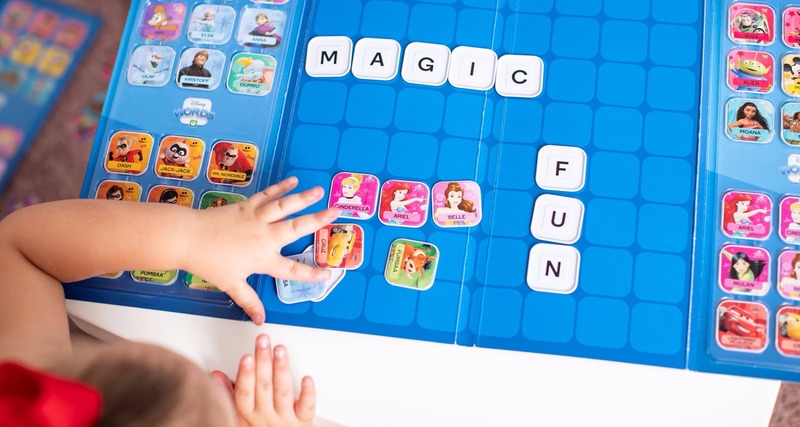 Ever since their Stickeez announcement, more than 11,000 people have sent a pre-filled email telling the Coles chief executive to “stop your wasteful Stikeez promotion”, to which Coles has not responded.

The public are understandably weary since last year, Coles claimed its Little Shop toys would not wind up as litter or in landfill because the items were designed to be collected and treasured. Inevitably however, there have since been multiple reports of them washing up on beaches and being spotted in landfill. Sad face.

Woolworths head of programs Rod Evenden told the Sydney Morning Herald that the supermarket's sustainability initiatives had nothing to do with public response to Coles' latest collectable campaigns.

"Woolworths is always trying to do the best we can to leave the smallest footprint we can," Mr Evenden said. "No one else's activities played too much into the activity we're doing now."