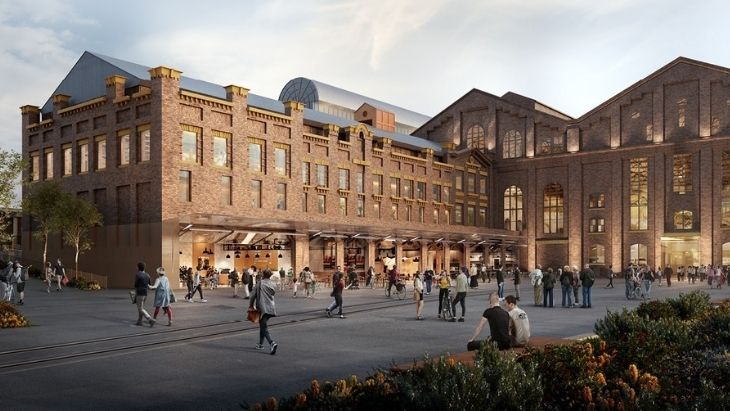 An iconic Sydney museum is going to receive the largest investment in a single cultural institution in NSW since the construction of the Sydney Opera House, and we can’t wait to see the transformation.

The Powerhouse Museum, which resides on the site of the historic Ultimo Powerstation, is set to undergo an extensive, all-encompassing redevelopment to the tune of half a billion (yes, billion!) dollars. Here are the details.

The End of Powerhouse Uncertainty

If you know, you know. The beloved heritage building has been the subject of some serious limbo over the last six years—from a move to a new location in Parramatta being stalled, to a government plan to tear down the inner-city building and sell off the land to apartment developers being met by huge community opposition.

It's safe to say that news of the investments the museum is set to receive has been music to the ears of everyone who has followed the Museum of Applied Arts and Sciences' uncertain journey over the past six years!

News of the redevelopment has been met with huge enthusiasm from the Australian fashion and design community. According to NSW Arts Minister, Don Harwin, “design and fashion will be at the forefront of this museum in the future,” while the Parramatta site will focus primarily on science and technology. “The Powerhouse’s collection has more than 500,000 objects, 90% of which have never been seen by the public. That will all change”, he said.

You’ll be pleased to hear that there are no plans to shut down the museum to accommodate the renovations—in fact, the plan is to keep the Ultimo location open and only commence works once the Parramatta branch opens in 2023, meaning that at least one location will be open to the public throughout the entire process.

As for the redesign? Well, a competition will be launched to determine the design of the new Ultimo building, which is likely to take the best part of a year. Once that’s all been done, it’ll be full steam ahead to not one but two world-class Powerhouse Museums in Sydney. Can’t say fairer than that!