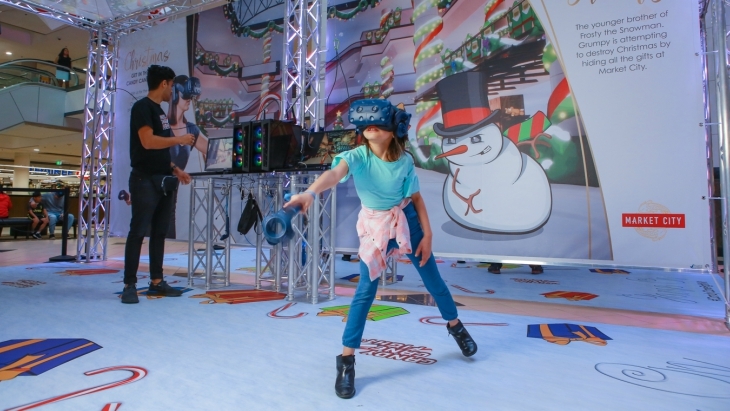 It's a modern day Christmas at Market City this year! Step into a VR winter wonderland, where Frosty the Snowman’s younger brother, Grumpy, is attempting to destroy Christmas in the ultimate showdown.

Visitors will be able to play for free and are tasked with defeating the 10-foot snowman to ultimately save Christmas for children around the world across three levels of gameplay.

Kids aged 8+ will be able to play the three-minute VR game and compete for the ultimate Santa Sack worth $1,500.

Prizes from retailers including Playtime, Dangerfield, Review, 1001 Optical, Chatime, Skechers, OSIM, Crumpler and Market City’s 1909 Dining Precinct will be awarded daily, with the top scorer taking home the ultimate Santa sack, worth $1,500, which includes tech gear from Capitol Computers, Asus and Cool Master; as well as retail vouchers from leading Market City stores and dining venues, among other prizes.

When: From 23 November until 26 December, 2018
Where: Level One, Market City, Haymarket
Cost: Free
For more see the website.