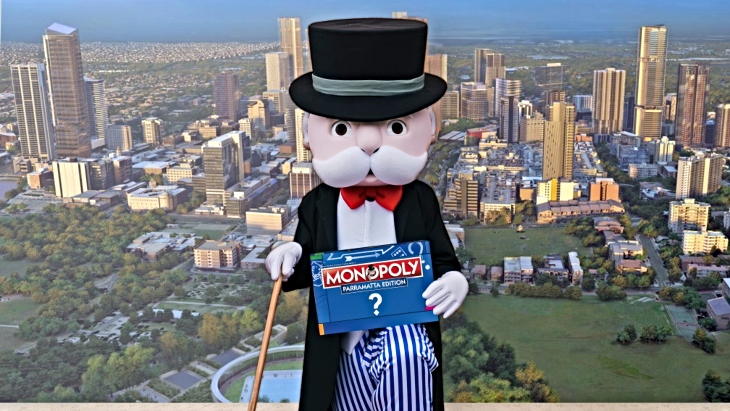 It's the most iconic board game of all time, but does anyone even play the good old classic version anymore?

MONOPOLY, the beloved property trading family game, has been around for over eight decades and has been reinvented in countless different incarnations over the years, from Cheaters Edition to Speed and from Friends The TV Series to Game of Thrones.

Now, the highly-competitive household staple is paying homage to one of Sydney's own major urban destinations - the buzzing commercial and multicultural hub of Parramatta.

Yes, Sydney’s second largest city is about to be gloriously immortalised in an official MONOPOLY: Parramatta Edition.

MONOPOLY: Parramatta Edition is set to be released in March 2023 - but you can get in on the fun before that. Development of the new game is now underway and locals have the opportunity to have their say on which of their favourite landmarks make it onto the exclusively-themed board.

“We encourage people to have their say on the landmarks and attractions they want to see on the board so we can ensure that Parramatta MONOPOLY encapsulates what locals love about the city," Dale Hackett from Winning Moves confirmed.

"This version will be everything you love about the traditional board, with the added fun of fighting for the ownership of familiar locations around Paramatta. Would you prefer to see Parramatta Stadium, Church Street Mall, or Parramatta Park on there – or all of them?! Which location do you think deserves to be Mayfair? Now is the time to let us know and get involved in creating this limited-edition board.”

So, get your vote in now via the official Paramatta MONOPOLY Facebook page.