Being A Mum Ages You Faster Than Smoking Or Obesity

When you become a mum you do your best to make the right choices when it comes to your health - after all you've got a lot to live for. So the news that our health takes a huge nosedive when we have babies is quite a shock to the system. A recent study of 2000 people found that mothers age 11 years quicker than women who do not have kids.

That Explains The Bags Under Our Eyes

A new study published in the journal Human Reproduction suggests that motherhood actually changes a woman on the cellular level - not just the emotional level we experience pretty much every day. Researchers at George Mason University in Virginia studied 2,000 women between the ages of 20 and 44, during which researchers compared the telomeres of women with children to the telomeres of women without children. What these researchers found was that mothers' telomere shortening was comparable to woman who were 11 years older and childless. What's even more scary is that researchers found that the shortening of telomeres in mothers was greater than that of smokers or people who are overweight.

Basically, telomeres are the caps at the end of each strand of DNA that protect our chromosomes, like the plastic tips at the end of shoelaces. When our telomeres shorten this leads to premature ageing and our good health can often go out the window - despite all the extra veggies we might be consuming off our kid's plates! 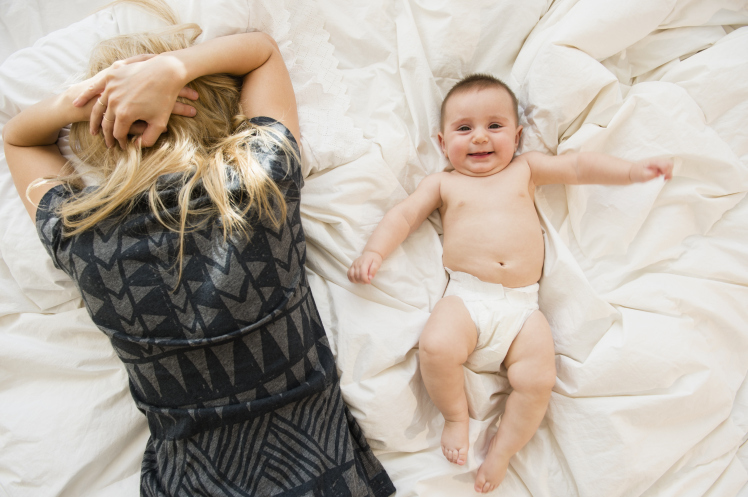 Having kids is not a death sentence, even though it might feel like kids are sending us to an early grave some days. This study's findings don't necessarily mean mothers are going to die 11 years earlier than their childless counterparts. There have been many more studies which prove that having kids actually prolongs life. A study in Sweden found that at the age of 60, men with children lived around 2 years longer than childless men, while women with children were likely to live around 1.5 years longer than childless women.

Our advice? Just try and get a good night's sleep tonight (cue laughter for 98% of mums).