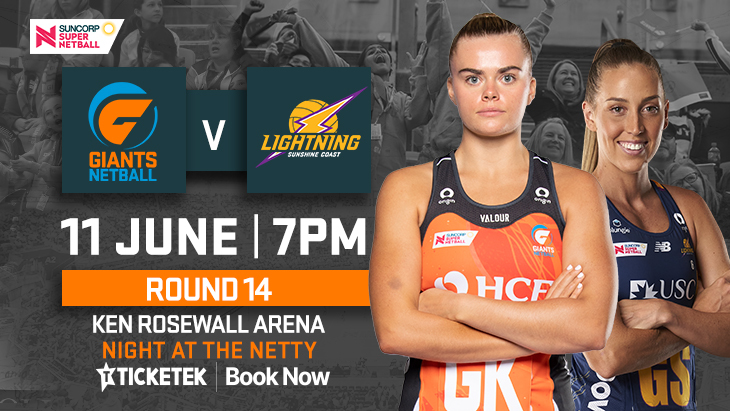 Enjoy a night at the netty for just $49!

You can bring the whole family to any GIANTS game for just $49!

This season’s SSN competition is closer than ever! With just a few games to go, the GIANTS are fighting to stay in the top 4 with every goal and need their fans to get them over the line!

Off court, the GIANTS game day experience is so much fun for families, with lots of pre-game family and kids activities on offer.

It’s the final week of the minor round, and the GIANTS can just smell that finals fever! They’ve got one last obstacle to overcome though…. The Sunshine Coast Lightning!

Stand United at the GIANTS, wear orange and gear up for an exciting night at the netty!