Where To Get The Best Cinnamon Scrolls In Sydney

Sweden’s salute to cinnamon is the cinnamon scroll, and we’re saluting right back, thank you very much! These delectable, melt-in-your-mouth pastries are commonly found in Northern Europe and North American, and once you’ve tasted the real-deal scrumptiousness of authentic cinnamon scrolls in Lancaster County, Pennsylvania (guilty!), you’ll do just about anything to get your hands on a cinnamon scroll here in Sydney. So let’s see how these Sydney bakeries measure up with their cinnamon scrolls. 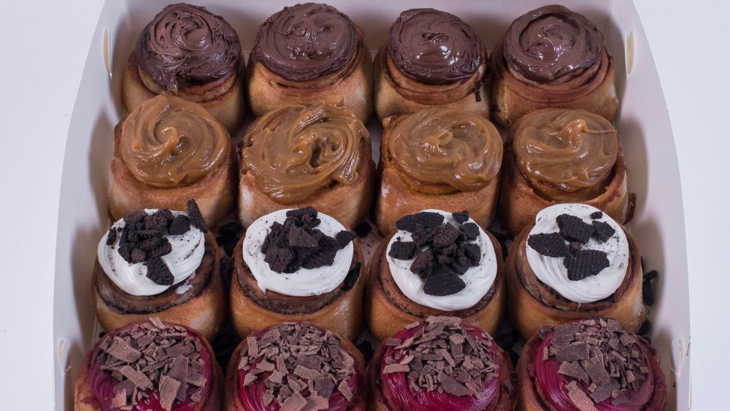 What started out as a humble pizzeria has transformed into a thriving bakery that sells cinnamon buns so delicious, Sydneysiders from far and wide will travel the distance to South Hurstville or Peakhurst to get them! While Oregano Bakery still sell some of the tastiest Lebanese pizzas in Hurstville, it’s their humongous cinnamon scrolls that come in 18 different flavours that have the crowds lining up out the door. Location: online only
To shop online for cinnamon scrolls in Sydney, visit the Box Of Scrolls website. 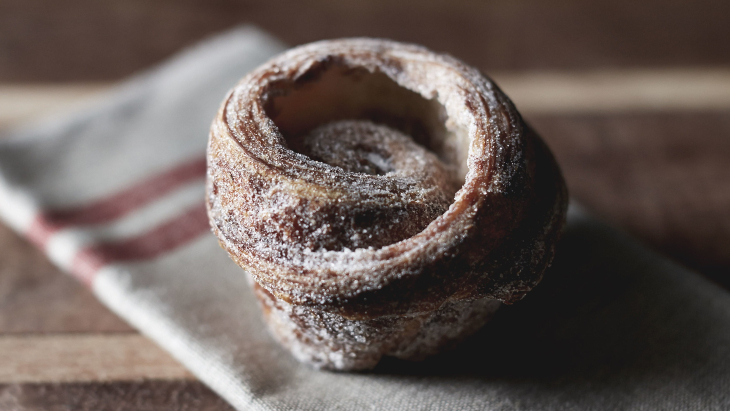 With 8 cafes across Sydney, there’s always time for a tender cinnamon scroll at Sonoma Bakery. While you might only associate Sonoma Bakery with their heavenly sourdough breads, you’ll be happy to know that they also make their own cinnamon scrolls. Dubbed their signature Morning Bun, Sonoma Bakery Cafe’s cinnamon roll is a flaky croissant pastry scroll sprinkled with cinnamon citrus sugar – yum!

Location: multiple across Sydney
To find out more about the cinnamon rolls at Sonoma Bakery Cafe, visit the website. 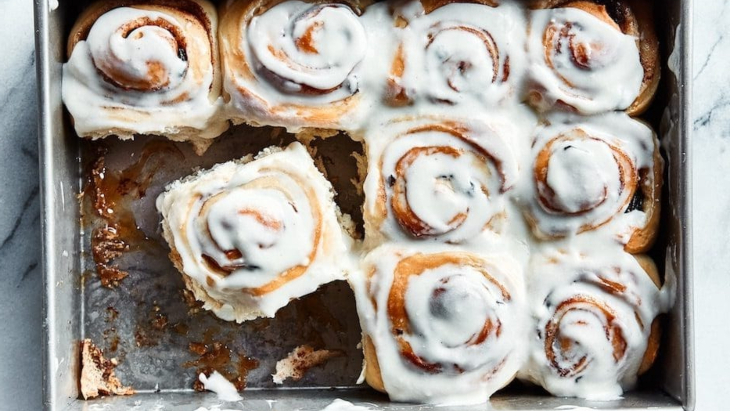 Call me uncultured but I think Bakers Delight serve one of the best cinnamon scrolls in Sydney! Yes, they might be small, yes, they might be mass-produced but they’re delicate, baked fresh daily and oh-so-delicious! I think their key taste-of-difference is the dollop of cream cheese that gets slapped onto the top of every cinnamon scroll daily and left to ooze through the soft cinnamon layers throughout the day. Not all Bakers Delight shops sell their signature cinnamon scroll so make sure you call ahead to secure your batch.

Location: multiple across Sydney
To find out more about the Bakers Delight cinnamon scroll, visit the website. The roll. The myth. The legend. US bakery chain, Cinnabon is rumoured to be opening in Sydney in 2021! Having already launched in Queensland in 2019, the famous cinnamon chain have their eyes set on Melbourne and Sydney for their next stores and we're waiting with open mouths! 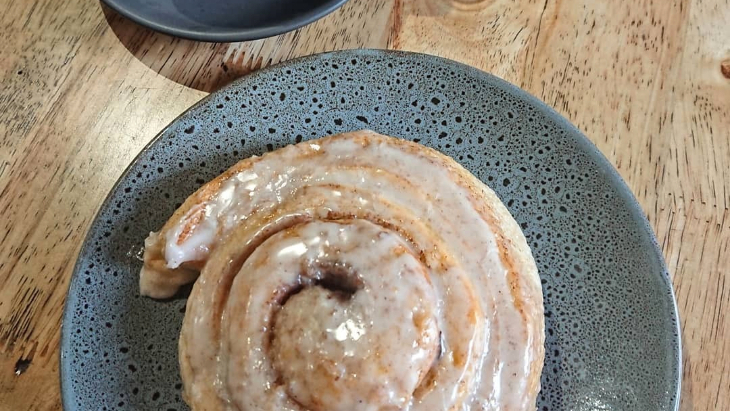 What could be better than a tasty cinnamon scroll break on day out shopping? That's exactly what you'll get the next time you're out at Westfield Burwood and stop in at Aunt Lil's. Their legendary glazed cinnamon scrolls are made by Aunt Lil herself, who hails from Eastern Europe, so you know you're guaranteed an authentic cinnamon scroll at this quaint cafe near the food court. You might have to make time to go back for seconds!

Is your favourite cinnamon scroll bakery not on the list? Let us know in the comments!