Sydney's Most Over The Top But Crazy Delicious Desserts

I don't know what came first, social media or the over the top dessert? I don't think they can exist without each other, to be honest. I know I have been guilty of ordering something purely because I know it will make my Instagram shine! Yes, I know it's sad but it seems I am not alone. A cafe can put itself on the map by creating a dessert that goes viral on social media. Just take a look at these amazing, OTT creations that everyone is talking about. These ones taste delicious too.... 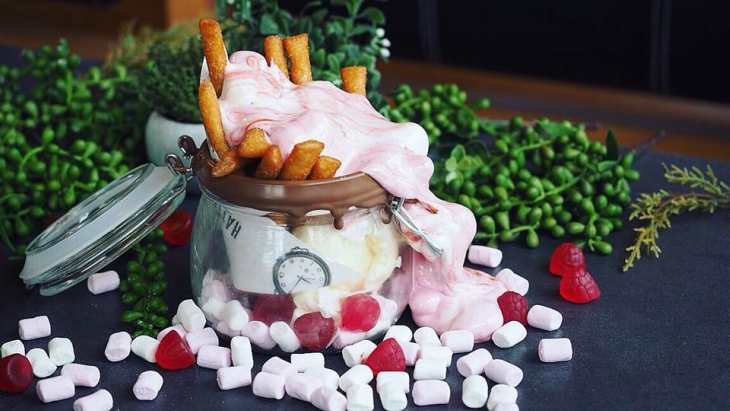 This place has been on our radar for years - for the best milkshakes in town - and for always outdoing themselves in the Willy Wonker stakes. Their dessert menu is constantly changing and just when you think it can't get any better it does - hello Rocky Road Donut Fries (pictured above). We also loved their Teenage Mutant Ninja Turtle shakes, their Redskin Raspberry Iced Drink, their Bueno Cronut Burgers and their classic Nutella Shakes with ice-cream cone toppers. If you can dream it, they can make it!
Find out more here. 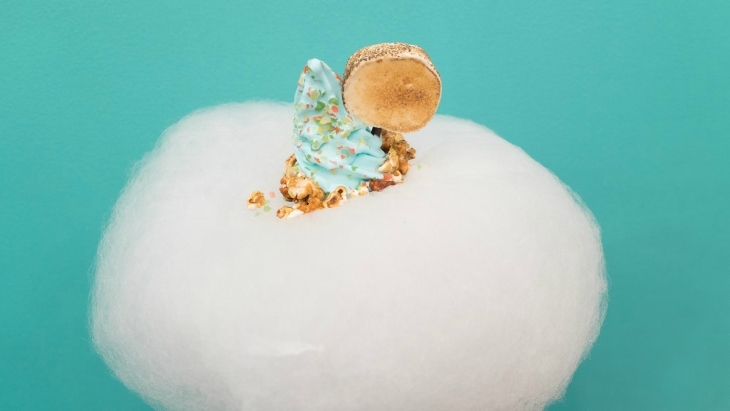 One of the first dessert bars to really make us all say WOW whilst simultaneously drooling. All their ice-creams are picture perfect but the most OTT would have to be the aqua blue sea salt soft serve in a charcoal cone with a cloud of fairy floss. But don't stop there, add some popping candy, flame-toasted marshmallows and caramel popcorn to make your soft serve really pop!
Find out more here. 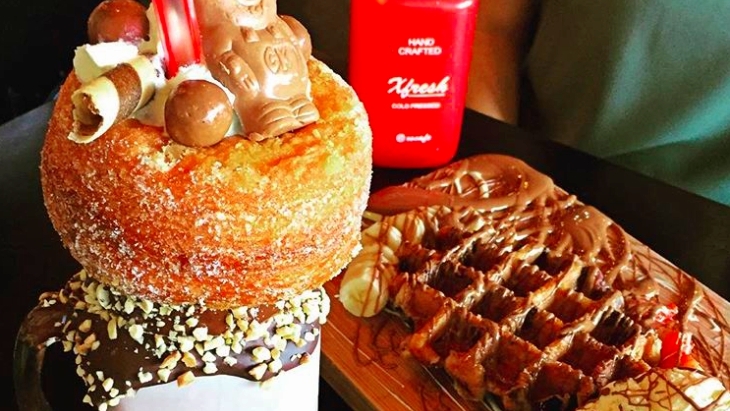 Like Texas, everything is bigger and better at this western Sydney cafe! Last year they even brought in Australia’s first choc-kebab experience — shavings of milk and white chocolate overloaded and stuffed into a fluffy pancake with various additions such as Nutella, strawberries, banana and whipped cream! Oh my! You can also get a towering dessert platter which includes a Nutella brownie, Belgium chocolate souffle, a Gaytime doughnut, mini bambino gelatos, waffles, fondue and two shakes — Nutella and Oreo — and that's just the tip of the chocolate iceberg!
Find out more here.

This Sydney baker became an internet sensation when she created the Soda Pop cake in a plastic soft drink bottle "cake tin"! The Sprite cake is matcha flavour, the Fanta cake tastes like Reese's Peanut Butter Cups, and the Coca-Cola cake is Nutella flavour. The cakes are custom made, take around six hours to make and look a-freakin-fizz-maze-ing.
Find out more here. 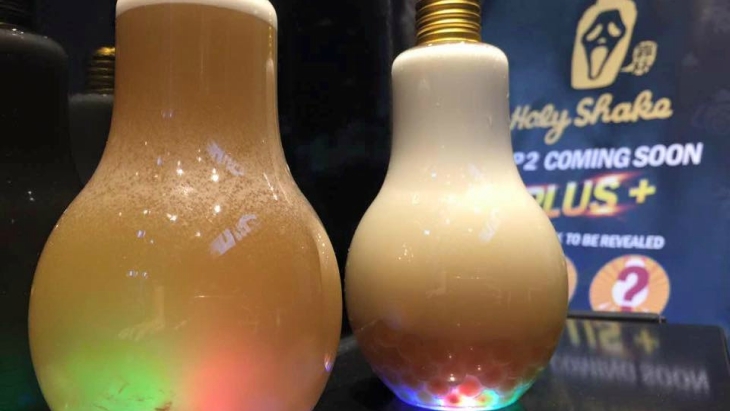 It's not just about Nutella shakes, you can make a bubble tea OTT too if you try! Just take a look at the Light Bulb Bubble Tea at Holy Shake. It's just like it sounds - a bubble tea served in a light bulb - but when you press a button on the globe the tea lights up and flashes like a Christmas Tree!
Find out more here. 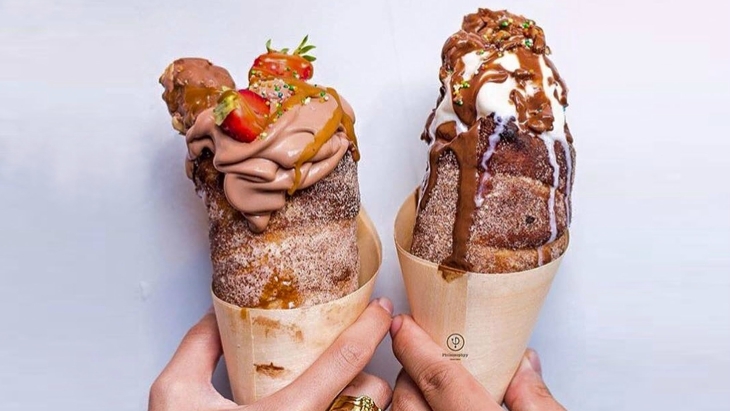 It's not just the burgers which are OTT. They really knock their desserts out of the park. For instance the Belgian waffle sandwich: the waffles have caramelised banana in them, with Ferrero Rocher gelato between, and a deep-fried Ferrero Rocher on top. It's then topped with maple syrup and liquid Nutella, before being garnished with crushed Ferreros. They also do a Nutella cheesecake on a stick covered with milk chocolate, Frosties, roasted hazelnuts and honey and the famous Churros ice-cream cones (pictured). You might need a lie down on Bondi Beach after dining here.
Find out more here.

What's your favourite OTT Sydney dessert? Let us know in the comments!