Uh-Oh Spaghetti-O! Look At These Donuts 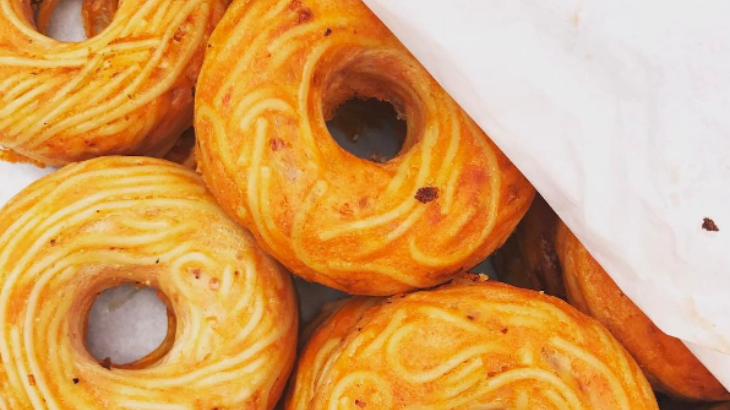 The best of Italy meets the best of the USA! Check out New York-based Pop Pasta's delicious spaghetti doughnuts, that have scores of people lining up to try the latest food hybrid and social media food star.

People line up at Brooklyn's giant outdoor food market Smorgasburg to get their hands wrapped around one of these ring-shaped delights that have taken social media by storm. Spaghetti doughnuts aside for one moment, Smorgasburg looks like a bit of a foodie's paradise. A scan through their Instagram shows us iced teas with a trio of cinnamon doughnuts at the top of the cup, ice cream sandwiches, decadent Brazilian desserts, fresh juices in hollowed-out fruit, and oh so much more. 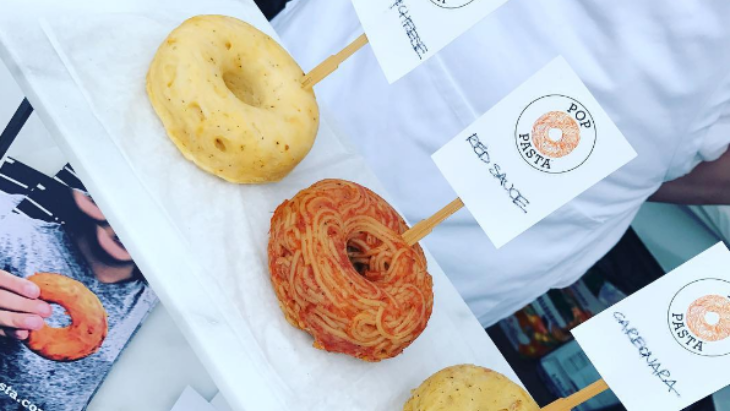 We Can't Believe They're A Thing

They come in a variety of flavours including red sauce, carbonara, mac and cheese, zucchini, aglio e olio and bolognese, with "more flavours coming soon" according to their website. Pop Pasta says their signature creation is "where slow food meets fast food". It's basically a popular Neapolitan dish, the spaghetti pie (otherwise known as frittata di spaghetti), morphed (via a mould) into a doughnut, a pinnacle of American dining culture. Never heard of a spaghetti pie? You'll be mighty impressed with those Italians when you do. They're a dish "prepared with pasta leftovers combined with eggs and cheese and then fried", according to Pop Pasta. Traditionally it's sliced up like a pie, but at Smorgasburg, you can eat it from one hand, on the go. Revolutionary if you ask us!