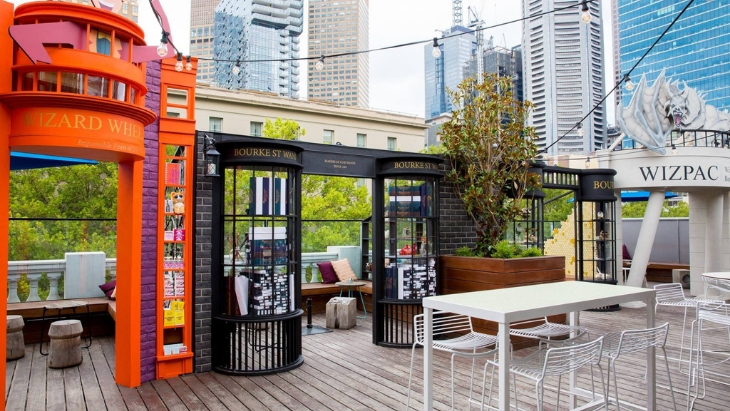 Oh no, the spell has been broken! Melbourne's famous Harry Potter rooftop bar has been ordered to close its doors after losing a legal battle with Warner Bros.

After a near-three month run, the pub has today closed the rooftop and begun the process of removing the  magical installations after Warner Bros. legal team intervened.

Representatives for Warner Australia said that the Warner US team stepped in after it became obvious that Vertic Alley on the rooftop of inner-city pub The Imperial was a clear knock-off of Diagon Alley.

"Anything that is themed Harry Potter must have a legal contract with Warner Bros to ensure that Harry Potter intellectual property is managed correctly, and all above board. They went all themselves, without contacting Warner Bros in advance.

"[The pop-up is] clearly a knock-off from Diagon Alley, and they were making money out of it."

In case you missed it, Harry Potter and the Cursed Child is currently running at the Princess Theatre in Melbourne, and fans are sirius-ly hooked. It’s captivating, enchanting, and also very, very long.

Part One goes for two hours and 40 minutes and Part Two is five minutes shy of the same length, so if you’re looking to see both parts in one day, you’re going to need sustenance. And sorry if we’re being a bit precious about it—but we’re of the opinion that only Harry Potter themed sustenance will cut the proverbial mustard. 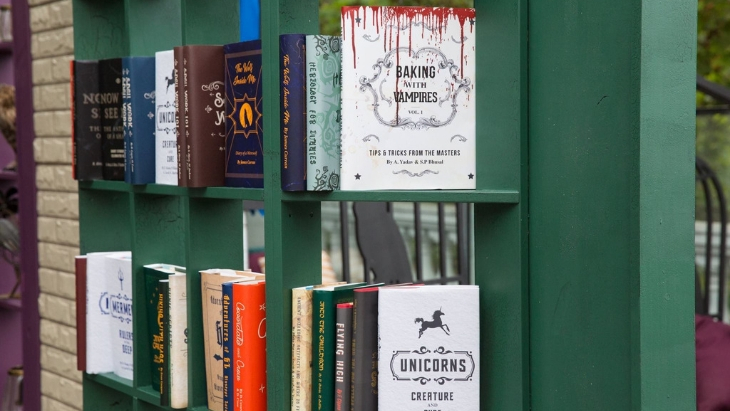 Taking over the Imperial Hotel’s rooftop on Bourke Street, booths have been transformed into six magical stores to create Vertic Alley (and spoiler: it's literally a minute walk to the theatre. You're welcome.) 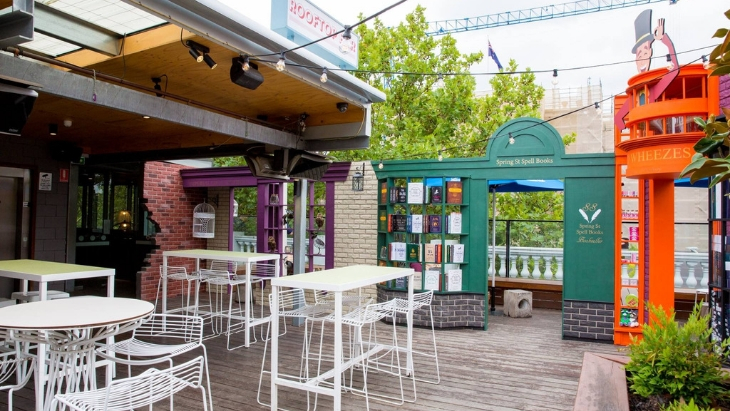 There’s The Owlery, Spring St Spell Books, Impossible Feats of Trickery, Bourke St Wands, Wills & Burke, and the WIZPAC Bank. Each booth holds about 10 to 20 people so it’s also the perfect spot for a Potter-themed day or night out, theatre or no theatre! 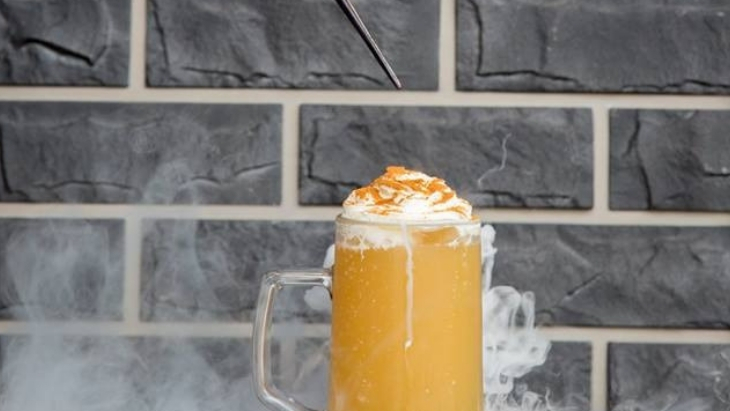 And when it comes to the menu, you won’t be disappointed. There’s Cursed Wings, Gilliweed Tacos, Bezeors (pea and mozzarella arancini) and Siriusly Black ice cream to finish. Our Harry-Potter-loving-mouths are officially watering. Need somewhere to lay your weary head after a day of such delight? Check out the Harry Potter suite at this iconic Melbourne hotel.

*Note*, kids are allowed up on the rooftop however are not permitted after the kitchen has closed or on particularly busy days.

Shouldn't it be Diagon Alley?