The Top Most Dangerous Banned Toys of all Time 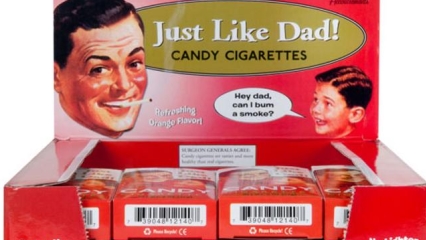 You wouldn’t believe some of these toys were ever on the market! Parents can breathe a sigh of relief knowing that safety standards for children’s toys have improved since these catastrophes hit the shelves. Here is our list of the most dangerous toys that have since been banned.

This doll’s mechanical jaw wouldn’t stop chewing, even if a child’s finger were in it! Hair was also another victim to this ever-hungry doll. Mattel banned it in 1997.

Nobody will miss searing hot monkey bars on summer days. These have since been replaced by rubber and springy foam flooring, so many serious injuries have since been prevented.

Thank goodness we have better scientific understanding since 1951, kids were allowed to play with real radioactive materials. These kits remained on the shelves for over a year!

Who could’ve guessed this one? Apparently the spiral binder was made of an excessive amount of lead. Yikes!

Who would’ve thought ballerinas could pack such a punch? These tiny dancers that twirled and spiralled into the air flung in unpredictable directions and caused many injuries. They were pulled from shelves in 2000.

Made of heavy, solid metal, these innocent-seeming children’s darts caused over 7,000 injuries, banning them from sale in 1988.

We bet everyone remembers their first puff of one of these! Said to encourage smoking in children, this confectionery is still technically legal, but not encouraged as a treat for anyone’s child.

These inflatable water toys couldn’t do the one thing they were suppose to- keep children afloat. The shoddy plastic material would often rip and babies would plop right into the water. As you can imagine, the company behind them got into great trouble, however luckily there was no report of fatal drowning.

Though the concept of this fairly recent (2007) toy itself is creepy enough, the included fingerprint powder contained up to 7% asbestos! This is believed to be enough to cause late-in-life lung cancer after just one exposure. Of course, the company went bankrupt.

This toy was on the Christmas list of every little boy in 1959. But it certainly packed a bunch in the gut – in fact, when the wearer pushed out their tummy, the gun swung out and blasted off a toy pellet and a loud cap.

Unfortunately for wannabee-cowboys, the caps could be set off accidentally by friction and cause serious burns. Definitely not something you would like near your nether-regions.

Did you ever have a pair of these? Smash the two balls together and you get a jump-out-of-your-skin noise and a few sparks. A toy that allows kids to set off caps in their hands! No wonder it was banned!

What could be safer than a teletubby?! Though this talking Po doll never physically injured any children, it was removed from the shelves in 1998 the same year it was released because many parents heard the doll say inappropriate things, including “bite my butt.”

This is so cool.

I never knew this stuff until now. Cool