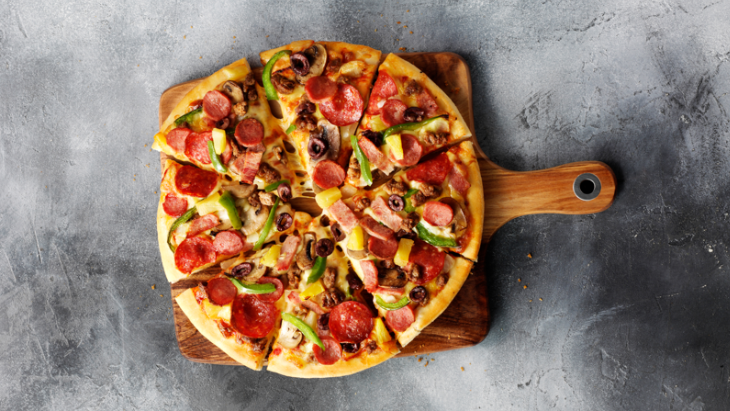 Free and pizza are two words that really get us excited and that’s exactly what Pizza Hut is doing to celebrate our the Tokyo Olympics.

The pizza chain just announced the epic giveaway, saying that each time our teams take to the podium free pizzas will be unlocked up until August 8.

To kick off, Pizza Hut will be releasing five thousand free pizzas at 4pm on July 23 for the opening ceremony.

From the July 24 to August 7, an additional one thousand free pizzas will be given away on a daily basis at 4pm.

Then ending on a high, there will be another giveaway of five thousand free pizzas at 4pm on 8th August to mark the closing ceremony.

RELATED: Brisbane to Host The 2032 Olympics

And pizza Hut will also be giving away bonus pizzas at 4pm each day, based on the number of medals awarded to our Aussie athletes the day prior.

And there'll even be a Willy Wonka style golden ticket up for grabs for one lucky winner, who will win year’s worth of free pizza.

Ultimately, what we’re taking from this is that 4pm is the magic number each day. And to get in on the action, all you have to do is head to the Pizza Hut website at the right time every day to grab a free pizza.

Have you signed up for our newsletter? Join ellaslist to get the best family and kid-friendly events, venues, classes and things to do NEAR YOU