Parramatta To Finally Get New Swimming Pool And Aquatic Centre 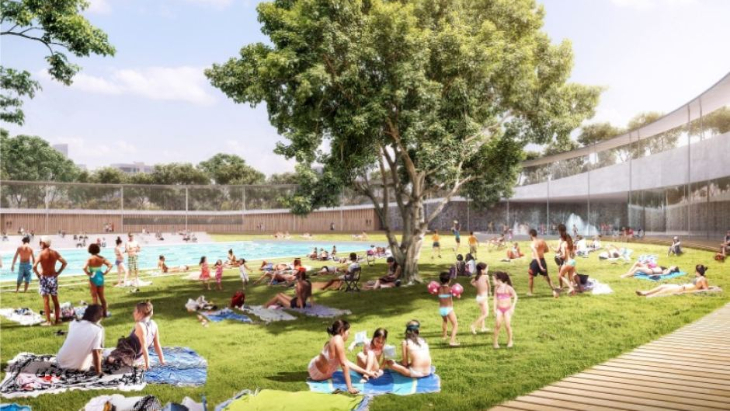 After not one but TWO hot long summers without a public pool, the government have finally announced Parramatta locals will get a new aquatic centre with a 50-metre outdoor pool and a 25-metre indoor pool.

But don't count down the days just yet - the project is expected to be complete in 2023.

The NSW Government and Parramatta City Council committed $77 million for the aquatic centre which is expected to be state-of-the-art levels of good. NSW Sport Minister John Sidoti said the centre will be more like a community hub with fitness centre, cafe and both lap pools will be heated to make it tempting to dip year round.

Where To Swim In Parra?

Parramatta's Memorial Pool was demolished in 2017 to make way for the new Western Sydney Stadium. Since then locals have had to venture to Auburn Ruth Everuss Aquatic Centre in Lidcombe, Granville Swimming Centre or Sydney Olympic Park.

Wet'n'Wild Is Gone, Say Hello To Raging Waters
New Play Centre In Chatswood Has People Talking
7 Of The Best Rock Pools For Kids In Sydney