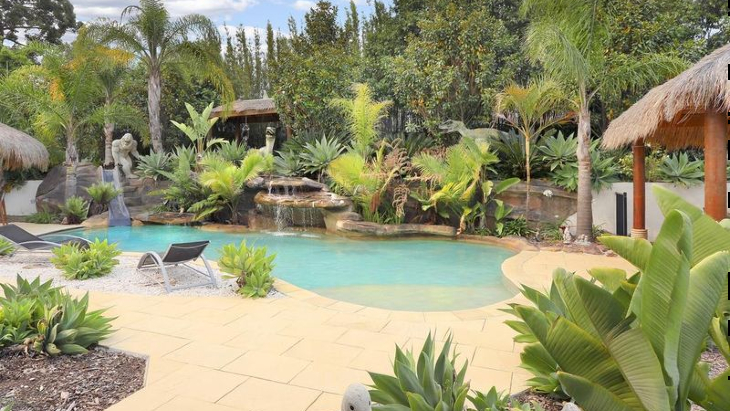 Mary Mary quite contrary, how does your garden roar?

This 2.02ha estate in the Sydney suburb of Kenthurst has really made its mark on the market, by way of its very own dinosaurs.

I mean we know the Sydney property market is a nightmare but this one is truly scary with Velociraptors lurking around the backyard.

The private oasis has a beautiful lagoon-style pool, spa, thatched huts and a rock waterfall – but instead of Instagrammable pool floats the owners have decided to decorate the house with a Jurassic Park theme. Peering through the tropical landscaping is a total of seven dinosaurs – including a Stegosaurus and Pterodactyl –and an enormous almost two metre ‘yeti’ stands by the kids’ water slide.

Owner Glenn Jones was inspired to decorate his backyard in the Hills District region after visiting Clive Palmer’s Dinosaur Park at Coolum in Queensland.

Luckily enough, some lifelike prehistoric models were being auctioned in nearby Windsor.

“When I saw them, I thought I have to buy them,” Mr Jones said.

“I’ve just always liked dinosaurs – I had toy ones growing up so I guess these are adult-size toys.

“We used to get people ringing the doorbell asking if they could bring their kids in to show them the dinosaurs – but the garden is grown now so you can’t see them from the street.”

Putting the dinosaurs aside the estate is pretty incredible. It comprises of two dwellings – a five-bedroom double storey residence with six-car garage and a smaller three-bedroom home. Which you could totally put on Scare-BnB (sorry). 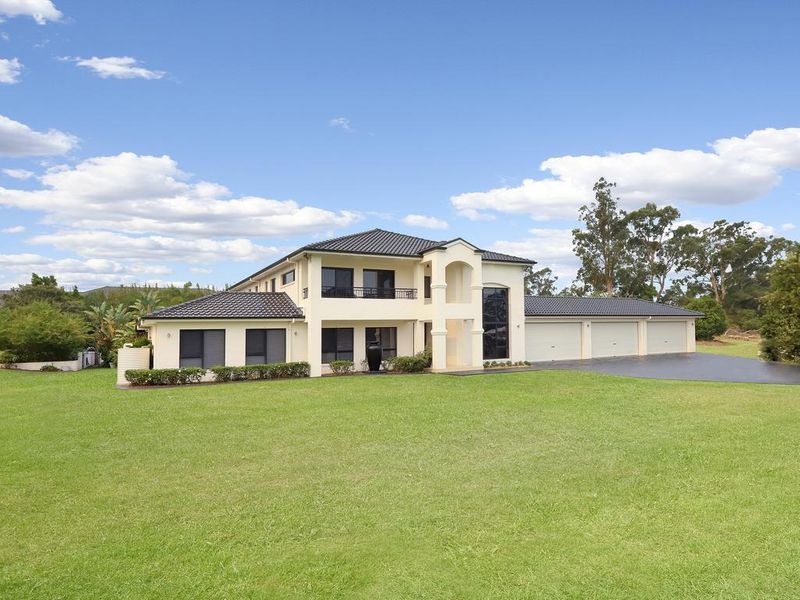 There is also a 200-bird aviary and some sheep on the property, which the owners describe as a ‘manageable farm in suburbia’.

The property is expected to sell in the low-to-mid $4 million price range (you can snap it up here). Whether you choose to keep the freeloading inhabitants is up to you....