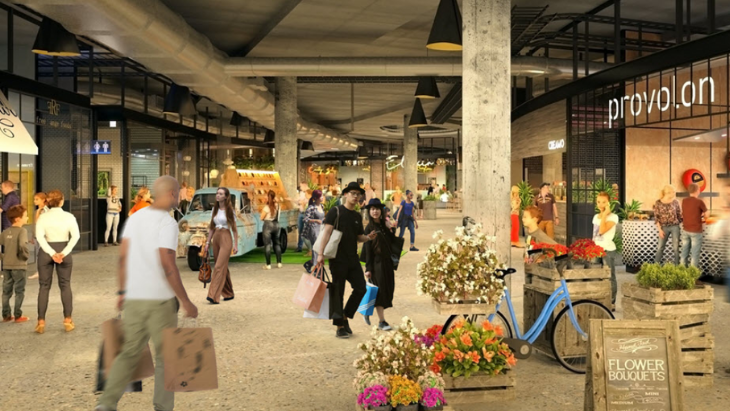 In true Marrickville style, previously crowned the hippest suburb of Sydney, it couldn’t be further from your standard shopping centre.

Housed inside a former warehouse, the project has had its eye on keeping it cool since the start. Think edgy art installations, a truly industrial feel to the décor and a sprawling mural on the outside.

New Restaurants at The Marrickville Metro

The new development also features 40 lifestyle, fitness and beauty retailers, as well as a large Coles, which joins Woolworths, Aldi and Panetta Mercato.

Related: Where To Take The Kids When It's Raining In Sydney
Related: Sydney Restaurants Where Kids Eat Free

And to mark its opening, there will be a few weeks of free festivities, which will include live music, bio-glitter tattooing, face painting, and kids’ workshops.

We’re most excited about the pop-up food sampling from new retailers.

For a full line-up or to learn more, head over to Marrickville Metro.