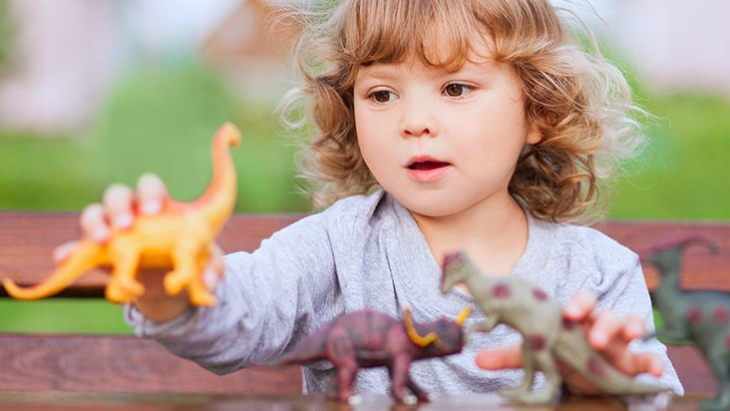 Kids LOVE dinosaurs, and if yours is showing a particular liking for them, then it’s good news. Youngsters who develop an “intense interest” in a conceptual topic (often cars, trains, or our prehistoric friends) are thought to grow up to be more persistent, have better attention spans and be better at processing information.

If you had to pick a subject to hear about 24/7 for the next six months to three years (this is how long intense interests in children are thought to last), dinosaurs aren’t a bad pick. There are over 700 different types of dinosaur, with new species being identified all the time. According to National Geographic, since more countries such as China and Argentina have opened up their borders to palaeontologists, almost one new dinosaur species a week is being discovered.

So, what should you do if your kid starts demanding information on the long-dead triceratops? Indulge them...take them to a museum, read a book about dinosaurs together...only one in three kids develop these intense interests, and the ones that do typically have above average intelligence. It also helps them prepare for the world of work according to pediatric psychiatric occupational therapist, Kelli Chen.

“Exploring a topic and mastering it is beneficial because that's how we form careers as adults,” Chen told CNN. “A kid's primary occupation is play, so they're going about their job of playing through the lens of this thing they're interested in learning about."

Plus, let’s face it, wouldn’t you rather discuss semi-interesting facts about gigantic reptiles standing as high as a two-story house and weighing as much as a jumbo jet than the intricate plotline of Dora the Explorer...for the seventeenth time.

More Things To Obsess Over