Cockatoo Island To Be Transformed Into An Arts and Culture Hub 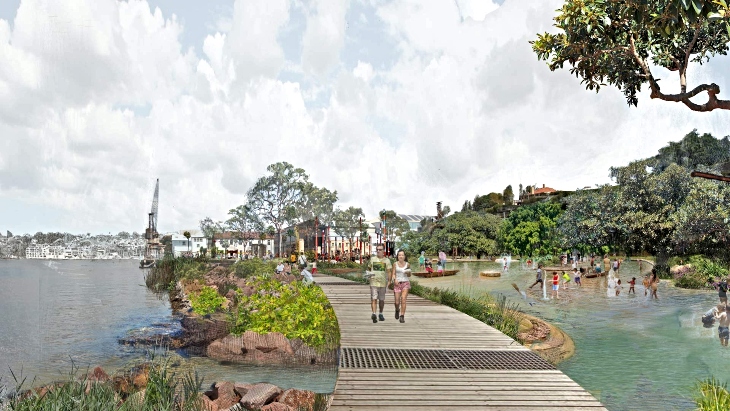 Sydney Harbour’s largest island is already a world-heritage-listed mecca of history and culture. With a colourful past as a convict prison and a naval dockyard, Cockatoo Island - also known by its Indigenous, Wareamah, meaning women’s land - is a treasure trove of bygone beauty that serves as a unique backdrop for some of Sydney's most creative events - not to mention the iconic harbourside glamping!

However, The Sydney Harbour Federation Trust is planning to breathe new life into the site with a bold plan to transform it into a major tourist attraction and “a must-see destination”.

The ambitious concept, released by The Trust for public consultation, would see Cockatoo Island undergo an extensive redevelopment. A new creative precinct and waterfront parkland are two focal points of the plan, while accommodation, entertainment venues, dining and bars have also been slated to revitalise the historic island while continuing to preserve its rich Indigenous, convict, and military history.

"We heard that more needed to be done to respectfully acknowledge the Island's First Nations' past as a sacred women's place and in identifying Cockatoo Island as a place of cultural connection. From these conversations with the community, we have developed an early vision that considers the Island's potential while respecting and celebrating its important past," Joseph Carrozzi, Chair of The Harbour Trust, said.

The vision proposes to restore links between the land and water via a series of interconnected but distinct precincts. The Eastern Apron, the island’s expansive waterfront space, would become Wareamah Tidal Terrace - an abundant parkland with native plants, lush gardens, water play features, picnic areas, and a harbourfront boardwalk.  An adventure and water playground and a larger, improved campsite are also on the agenda.

The industrial warehouses that occupy the 18-hectare island would remain, becoming a creative precinct for live performances, exhibitions, concerts and pop-up events, with the potential to house shops, bars, and restaurants along a central laneway.

"We want to create a truly special destination for both Sydneysiders and all visitors - a destination that acknowledges the historic significance of Cockatoo Island for First Nations Peoples, and its important role in the history of modern Australia," Carrozzi said.

Find out more about the Sydney Harbour Federation Trust plans for Cockatoo Island.