Beverly Hills 90210: The Lowdown on the New Show 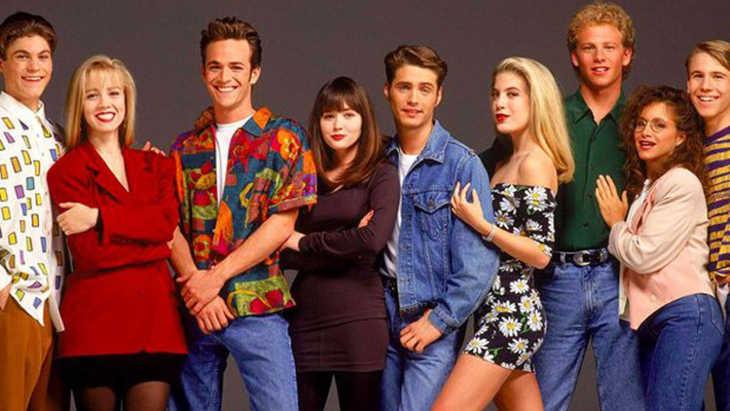 Oooh yeah the '90s are back... but this reboot isn't what you might think.

Due to be aired this August, the six-episode revival of ‘90s hit TV show Beverly Hills, 90210 will feature many of its original cast. But it doesn't pick up where it left off, the hour long mockumentary 'reality' series will see the original cast trying to get another 90210 revival in the works.

Speaking to Channel 9 about the new revival of the original show, Jason Priestley (one of the main characters, Brandon Walsh) spoke about how fellow cast member, Luke Perry, who died earlier this year, will be greatly missed.

"Luke was a huge part of our 90210 family, and personally Luke was a very large part of my life. So, it's obviously very difficult to do this without him,” Priestly told Channel 9.

"The show is comedic drama, very, very heavy on the comedy side. It's a scripted, fake reality show that follows Jason Priestly and Ian Ziering and Jennie Garth, all of us trying to get a reboot of Beverly Hills, 90210 made, and what that entails," Priestley told Channel 9. "Very much like Episodes. A little bit of Arrested Development thrown in there. A little bit of Curb Your Enthusiasm thrown in there. But very much in the vein of those shows."

Almost ten years after the original show finished, there was a spinoff called 90210 which followed a similar storyline but was based on a younger generation of Beverly Hills’ teens. We think this one sounds hilarious!