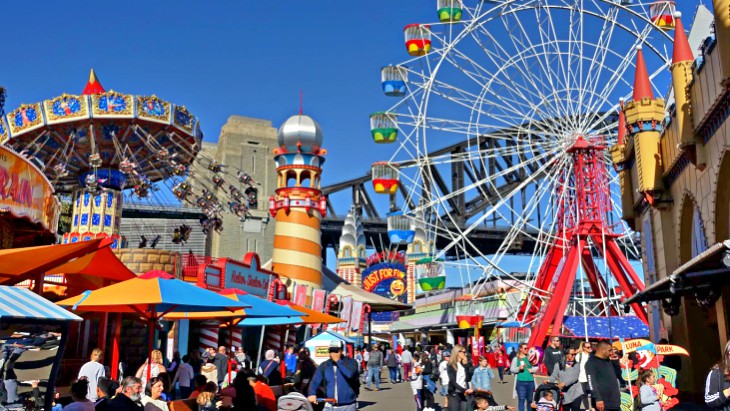 As well as being the original home of thrill-seeking fun in Sydney, the city’s beloved Luna Park is an iconic, heritage-listed treasure with amazing views of  Sydney Harbour.

The 4th of October marks 85 years of Luna Park - and to celebrate, we thought we’d take a walk down memory lane, making 5 pit stops to 5 amusing yet historical facts that have helped shape the amusement park's past and present. Buckle up!

The Staying Power of the Wild Mouse

A staple of the park, the Wild Mouse Ride is proof that what doesn’t kill you makes you stronger. The heritage-listed sensation has been removed from the park’s ride rotation on several occasions, but has always bounced back; bigger and better than ever.

The icon of the park was relocated to Fox Studios (the old Royal Easter Show site) for some time, yet made its return home to Luna Park in 1995, where it remains today. The ride offers a minute of nerve-wracking fun, as it hurls and whirls you around a 400-metre circuit above Luna Park and out over Sydney Harbour. Not for the faint-hearted! 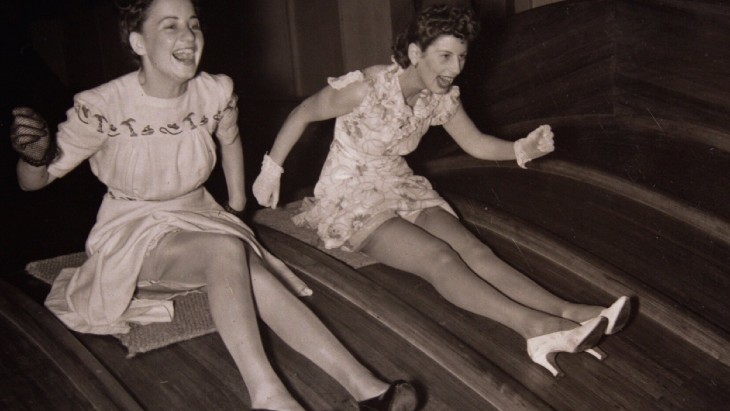 Another firm favourite among amusement park enthusiasts, did you know that Luna Park’s beloved Coney Island is the last remaining traditional 1930s funhouse in the world?

Home to the spinning Joy Wheel, Barrels of Fun, the illusion mastermind of the Mirror Maze, Giant Slides and a large collection of pinball machines, Coney Island has been delivering magic to its visitors for more than eighty years—and it’s showing no sign of slowing down. It’s also home to historic artwork by former resident artist Arthur Barton among others, which richly showcases 1930s Australian humour and popular culture.

The Oldest Ride Is…

The Rotor! This nerve-shredding ride harks back to the early 1950s and is a large, upright barrel, rotated at 30 revolutions per minute. Once the barrel has attained full speed, the floor is retracted, leaving the riders stuck to the wall of the drum.

The first Luna Park Rotor was built by Ted Hopkins in 1951—and although all 3 of Australia’s Rotors had been demolished or destroyed by the 1980s, a slightly redesigned version was rebuilt for Luna Park Sydney in 1995, which is still in operation today.

A Nod To Sustainability

A 2011 lighting upgrade to LEDs has seen a huge improvement in energy efficiency, while an on-site ORCA machine converts food waste into environmentally safe water; saving 15.4 tonnes of food waste from landfill per year. In the 2018 Better Business Awards, Luna Park was named finalists for the second year in a row and winner of the “Success through Sustainability” in the Hospitality and Leisure Venues category. Hats off to you, Luna Park! The famous face of a famous place, the iconic Luna Park entranceway has been a mainstay of the park since the 1930s—albeit with a modification or eight along the way.

Yep—you read that correctly, the face has changed at least eight times in the last 85 years, morphing from something quite miserable-looking into the iconic smile we know and love today.

In celebration of their 85th birthday and the series of ups and downs (pun intended) that have shaped their history thus far, Luna Park is inviting you to join in the fun during the NSW October school holidays.

Between 26 September – 11 October, you can expect exclusive birthday entertainment and celebrations throughout the park, alongside the chance to win amazing prizes in the Park’s Birthday Bonanza Giveaway from brands such as GoPro, TreeTop Adventure Park and Captain Cook Cruises.

School Holiday and birthday celebration tickets will be available to purchase for a flat rate of $50 per guest, which provides guests access to unlimited rides for a specific date and time.

More Fun Things To Do

Family Fruit Picking Near Sydney
Sunflower Alert! Where To See Sunflowers In NSW
What To Do With The Kids When It's Stinking Hot