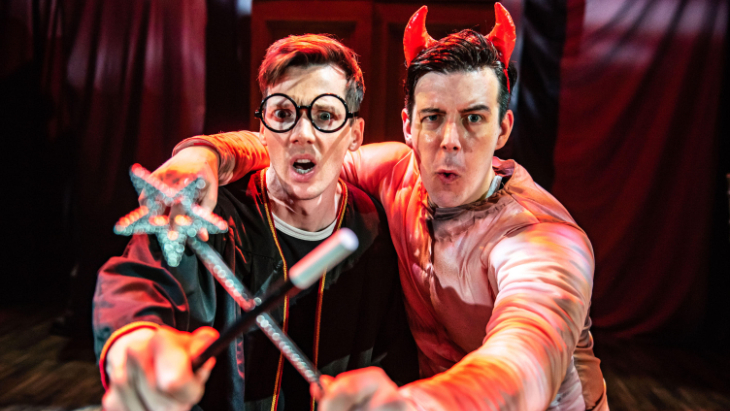 Postponed. New dates to be confirmed.

This hilarious, unauthorised Harry Potter experience is a parody that takes on the ultimate challenge of condensing all seven Harry Potter books (and a real-life game of Quidditch) into eighty hilarious minutes. Even if you don’t know what a horcrux is or what Hogwarts house you’d be most likely to be sorted into, this show will have you clutching your belly with laughter.

Featuring all your favourite characters, a special appearance from the fire-breathing dragon, endless costumes, brilliant songs, ridiculous props and a generous helping of Hogwart’s magic, this unmissable show is perfect for Potter fanatics and novices alike.

Created by two-time Olivier Award-nominated actors Daniel Clarkson and Jefferson Turner, Potted Potter is perfect for ages six and above, even for those as old as Dumbledore himself!