The Best Beach in the World is Officially in Australia 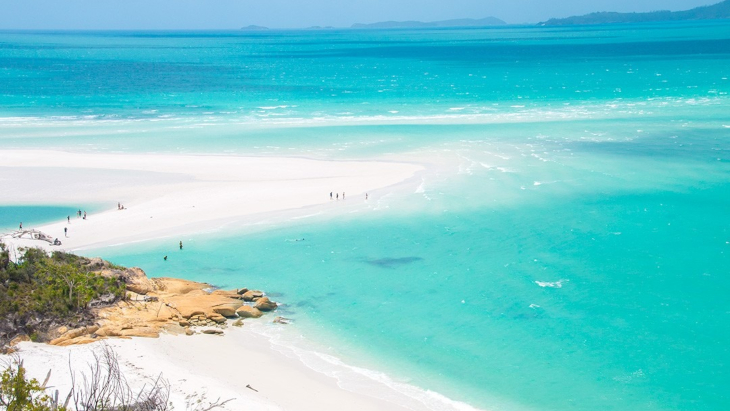 The Lucky Country is lucky for many reasons, but one of the main reasons is Australia's bountiful natural beauty. Us Aussies know that Australia's beaches are some of the best beaches in the world, but just in case you need reminding of just how awesome our beaches are, the world’s top 25 beaches have been named in Tripadvisor’s annual Traveller’s Choice Awards and Australia has taken out the top spot - we even beat out Spain!

We're not surprised with these results in the least - Whitehaven Beach is pretty spectacular. The absolutely white sand, turquoise waters, and near-perfect year-round weather make Whitehaven Beach in the Whitsundays the ultimate beach destination.

Queensland is not the only state that's receiving their fifteen minutes of beach fame. Turquoise Bay in Western Australia also received a ranking in the Traveller’s Choice Awards. Whitehaven Beach and Turquoise Bay were pinned against some pretty tough competitors from some of the world's draw-dropping beach destinations like Brazil, Mexico, Hawaii, Turks & Caicos, and even the US Virgin Islands - Aussie, Aussie, Aussie!

Keen to visit Whitehaven Beach? A family holiday at Hamilton Island is the way to go.

You forgot to mention some of the beaches in The Philippines and Thailand. Boracay Beach in South of The Philippines has proved very popular with tourists. So popular that they had to close the Island for six months so the local environment could recover.