What Is The Amazing Magic Behind TV Show Daniel Tiger? 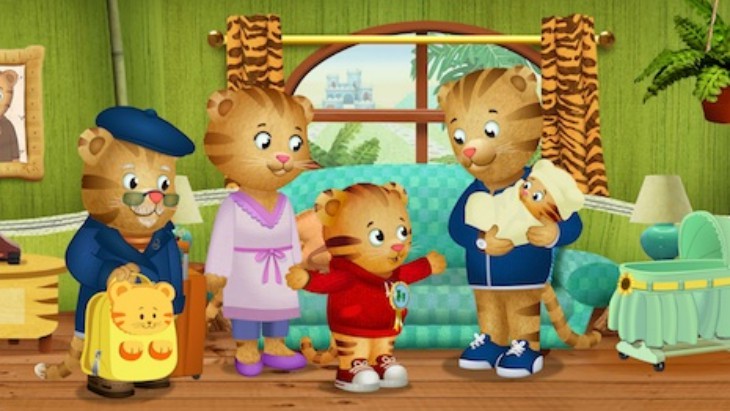 As parents and care givers, we are always on the lookout for anything that can help make our lives just that little bit easier. Well, hold onto your hats (or trolleys in this case) because I think I’ve found the missing manual pages. Daniel Tiger, oh what a utter delight you turned out to be!

Shown on the free to air ABC kids channel, ABC2 at various times throughout the day, Daniel Tiger’s Neighbourhood is just a really lovely cartoon aimed at pre-schoolers. Each episode centres around the shows main character, 4-year-old Daniel Tiger, his parents and his friends, and educates on common socio-emotional theme such as being thankful or feeling angry. Its sole premise is to teach social intelligence and human respect.

I don’t know about you but personally, I would much rather my boys watch this 4-year-old Tiger’s show over and over and over again instead of a certain show about a 10-year-old boy who miraculously owns his own buildings, multiple dogs and is apparently more intelligent and trustworthy than the towns entire adult population!

The thing is, unlike said dog rescue team, I do believe Daniel Tiger Neighbourhood (DTN) actually does possess some sort of magical powers. I first discovered this when my eldest son was around 2 years old. He was at that age of newly discovered independence and would often run ahead of me when we went out. I had tried several different methods to make him understand that it could be dangerous to do so, but nothing seemed to work. There was also a spate of near kidnappings in my area at the time too. Some man was grabbing small kids from playgrounds, it was a particularly scary time to visit the park with a child who wouldn’t listen. But then, one day, just an average day in our Inner West neighbourhood, an episode of the show aired that changed everything. The episode was called “Playing on Jungle Beach”. Daniel, his mother and a friend were spending the day on the beach and Mrs Tiger reminds the children of her three very simple rules:

Stop what you are doing when I say so,

Look around, be sure you can see me at all times, and

Listen to what I say when I call for you.

In true DTN style, its accompanied by a catchy tune “ Stop and listen to stay safe”. Well, you could have blown me down with a feather, but that song, that episode, seemed to be the missing piece of the puzzle for my son. The next time we went outdoors, he voluntarily held my hand and began to sing the song “Stop and listen to stay safe”. Hand on heart, from that day forward, he always reminded me, in his own special way, of the safety rules.

I would later share this story with my mother’s group, only to discover they too shared in its success.

So, was this a one off I hear you ask? Well as it turns out, no.

DTN once again became our saving grace the day he started pre-school. As I work from home, my kids have never attended day care. My partner and I were so worried about the separation we began to prep him months out for the big day. One trick we used was to sing another song often quoted in the series called “Grown Ups come back”. The lyrics are:

Even when we go away
Grown-ups come back

Will you pick me up when I go to school?
Yep, at the end of the day 'cause that's the rule
'Cause grown-ups come back

Will you come back from work at the end of the day?
Yep, I'll come back home and then we can play
'Cause grown-ups come back

Again, this show sprinkled its magic. On his very first day of preschool, as I bent down to say goodbye and explain that I would return that afternoon to pick him up, he brushed me aside and told me that grown-ups always come back(!) so promptly dismissed me

Daniel Tiger I could kiss you…through my heavy tears that were now streaming down my face.

And finally, one more story of success if you are not yet a believer….

On recent visit to the zoo, we bumped into some friends of ours with children the same age. I hadn’t seen Jo in a long time and was excited to reconnect. As my boys and I were attending Taronga’s new Zoo Tale program, we agree to meet up afterwards for lunch at some nearby tables. They headed to the Gorillas and we headed to our class room in front of the elephants.

In typical fashion, at lunch my eldest ate like a sparrow. There is a list of around 10 items that he will eat and even then, it depends on the wind and the shape of the moon (other parents of fussy eaters will know exactly what I mean).

Jo watched as he “ate” his sandwich and asked him if he’d like to try some of hers. Of course, the answer was no. Without hesitation, she broke out in song “we gotta try new food ‘cause they might taste goooooood”. We all stopped eating then burst out laughing – she was of course, singing a DTN song which her preschool son soon joined her in. As it turned out, Daniel Tiger had been her saving grace after a friend had put her onto his episode on eating. Is Daniel Tiger’s neighbour really the manual we have all been yearning for? The secret weapon that can help navigate these amazing toddler / preschool years of challenging growth and development?

I’m going to say, based on my own personal experience, that the answer mostly definitely is yes.

What's The Right Age To Give Your Child A Mobile Phone?
Mums Work How Many Hours A Week?
Turns Out There's A Good Age To Get Divorced