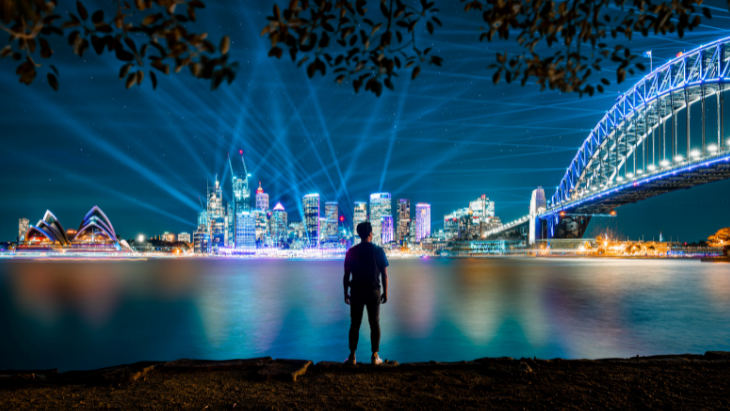 It was meant to be an epic comeback after being cancelled in 2020, but this year’s Vivid festival has fallen victim to the pandemic once again.

Organisers have announced that the festival of lights will now be cancelled for 2021 due to the current lockdown situation and will return in May 2022.

Australia’s largest festival of lights was set to launch on August 6 with one of the event’s most ambitious programs to date, but with the current lockdown not set to end until October, they have had to wait until next year to reveal the spectacular display.

Minister for Jobs, Tourism and Western Sydney, Stuart Ayres, said that Sydney would need to work together to bring the outbreak of Delta under control.

“We all want to see Sydney shine through the spectacular show of creativity and innovation that is Vivid Sydney,” Ayres said. “The recent outbreak has presented a new challenge for everyone, and the health and safety of our citizens and the entire event community involved in Vivid Sydney is our foremost concern.”

Vivid’s new dates are Friday 27 May to Saturday 18 June 2022 and there have been no announced changes to the originally released program at the time this article was published.