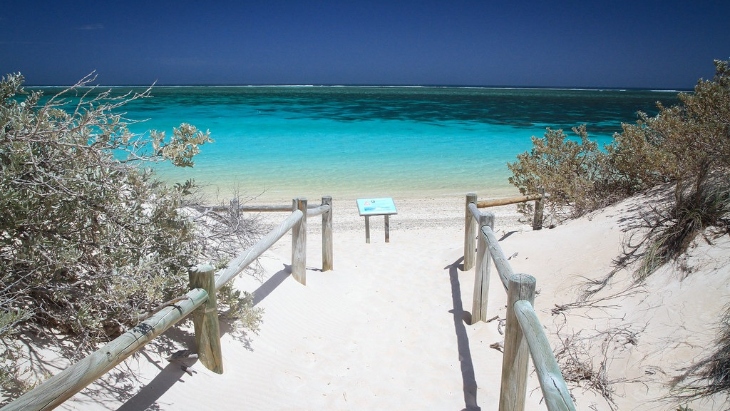 Once again, Tripadvisor has released its list of the top 10 best beaches in the world and once again, Australia has made the list!

Our absolutely stunning land down under is no stranger to the top 10 best beaches in the world ranking, in fact, in 2021 Whitehaven Beach was named number one on the list, aka the BEST beach in the whole world!

This year, unfortunately, Whitehaven Beach didn't make the cut of the top 10 beaches in the world but another Australian beach did, so without further ado...

Tripadvisor's Top 10 Beaches in the World for 2022

Tripadvisor's annual Travelers' Choice Awards for Best Beaches in the World only started in 2021 and ranks top beaches from all around the world based on travellers' reviews and star ratings. Last year, Whitehaven Beach was named the best in the world thanks to an almost perfect five-star rating from world travellers. Sadly, Whitehaven Beach hasn't made the cut for the 2022 list.

Australia isn't as far up on the list for the best beaches in 2022 as we were last year, but third place is definitely nothing to sneeze over! Western Australia's Turquoise Bay has been voted the third best beach in the world for 2022 and we're not at all surprised.

Western Australia's pure white-sand beaches have been ranked some of the best in the world for years, and Exmouth's Turquoise Bay has received glowing reviews from travellers, with one reviewer singing its praises:

"Words cannot capture how spectacular this beach is. Long stretches of white sand and crystal blue water. World-class snorkelling for beginners as well as experienced."

Check out the rest of the top beaches for 2022: