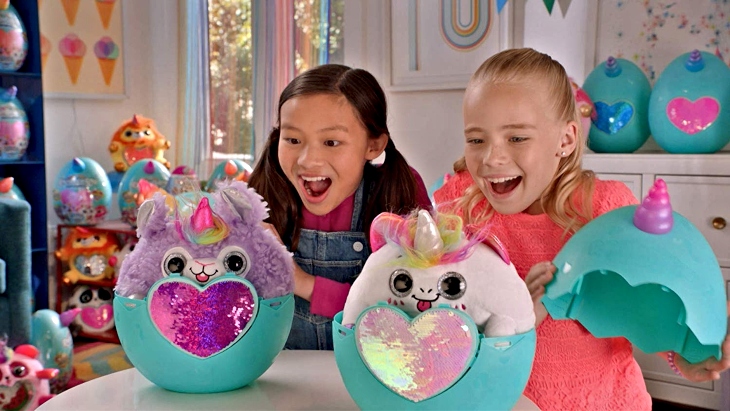 What do you get when you cross a rainbow and a unicorn? Rainbocorns! Throw in some sequins, an adorable cuddly toy and loads of hidden surprises and you’ve got The Best Plush Toy of the Year! 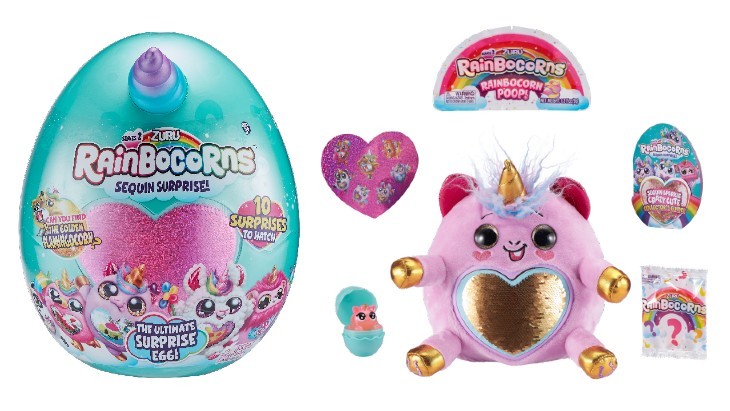 The coveted Rainbocorns are a collection of cute, collectible characters including Llamacorns, Pandacorns, Unicorns, Lioncorns and even a rare golden Flamingocorn. As well as a fun new furry friend, the ultimate mystery egg also includes a range of smaller rainbow surprises to hatch.

The next-gen of Rainbocorns, the Ultimate Sequin Surprise was a winner at Christmas, flying off the shelves and down chimneys across the nation. Children continue to be spellbound by the blind, unboxing phenomenon (thanks YouTube) and the 10 layers of goodness include a hatching certificate, a charm bracelet, Rainbocorn poop, a baby boo-boocorn collectable, stickers and more surprises, in addition to the main squeeze - a quirky scented plush toy with a unique reversible sequin heart belly that doubles as a huge clip for your backpack or your hair!

Rainbocorns Series 2 also took out the People’s Choice Award at the Toy Association's 2020 Toy of the Year Awards in New York.

Hot on the heels of these exciting wins, ZURU has predicted this toy year is the Year of the Sloth, and two new sloth toy products are set to delight children everywhere! 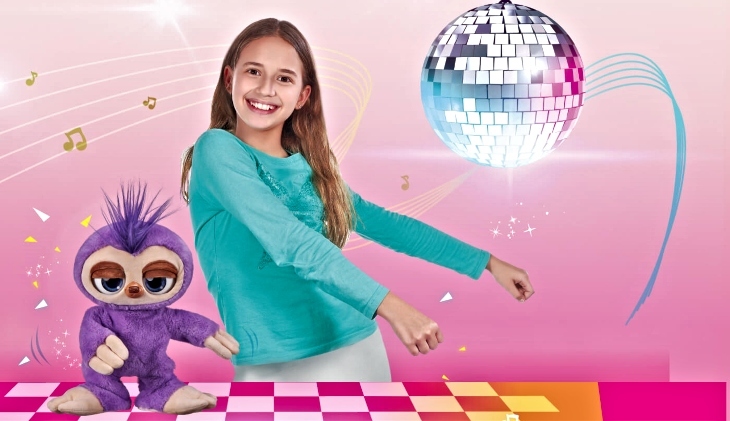 The new Pets Alive Fifi ‘The Flossing Sloth’ - with movements that mimic one of the most iconic dances of the decade –  flosses to 3 epic songs with hilarious movements and butt wiggles! The other new addition is the Super Sparkly Sloth - a rare character to find in the Rainbocorns Ultimate Sequin Surprise Series 3 range.

Find out more at Zuru.

Bluey Clothing Launches In Major Retailers Across Australia
A New Star Wars Hotel Is Opening In A Galaxy Far, Far Away
The World's Biggest Harry Potter Store Is Coming To NYC