A New Star Wars Hotel Is Opening In A Galaxy Far, Far Away

Hold on to your droids! Disney is adding another out-of-this-world experience to its empire of extraordinary creations. Star Wars: Galactic Starcruiser is due to explode into the universe in 2021 as part of Walt Disney World Resort in Florida.

Modelled on the Disney Cruise concept, the Starcruiser is not just a place to lay your lightsaber. Going far beyond your average themed hotel, it will offer an exclusive, intergalactic two-night itinerary where guests are totally immersed in the Star Wars fantasy. All guests arrive and depart at the same time on their hyperspace holiday.

Troops will start at a departure terminal inside Walt Disney World before boarding their launch pod into outer space. A simulated blast off will send you rocketing into the stratosphere where you will ultimately meet the Starcruiser Halcyon - the hotel amid the Star Wars universe. 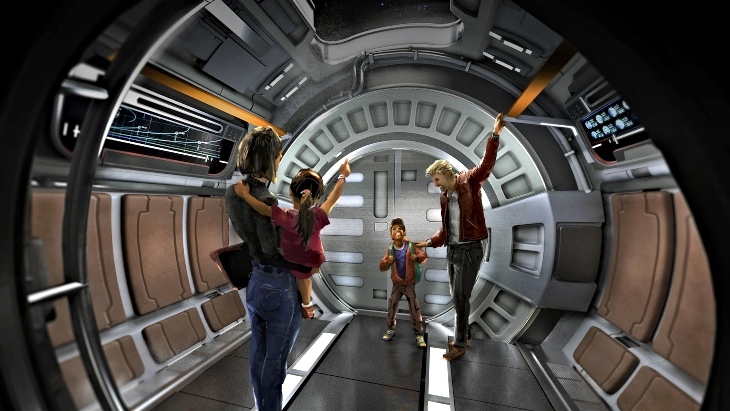 A central Atrium will provide a communal hub for the Jedi to converge, and interact with members of the crew, other guests and characters, and you will have access to The Bridge (the Starcruisers operating room) and The Engineering Room. Every window of the Halcyon, including each of the 100 guest cabins, will have a view out into space to create the fantasy of moving through galaxies.

“Star Wars: Galactic Starcruiser is a completely new type of experience,” says Ann Morrow Johnson, executive producer for Walt Disney Imagineering, in the official Disney World Blog. “You’re going to live onboard a star cruiser… and you can get wrapped up in the larger Star Wars story.”

The interactive adventure will allow guests to engage in a range of onboard activities to create their own personal story, including a lightsaber training course and an excursion to Star Wars: Galaxy’s Edge at Disney’s Hollywood Studios. 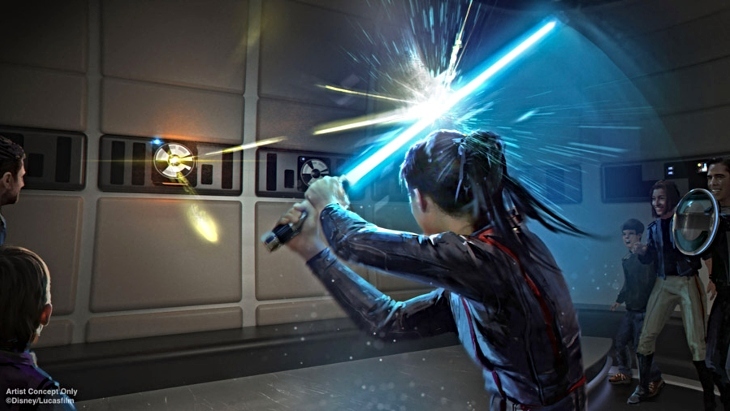 Reservations will open later this year and may the force be with you when you get your credit card bill - it is rumoured to cost $3,300 per person. Help me, Obi-Wan Kenobi. You’re my only hope!