The Great Kindy Debate: When Should Kids Start School? 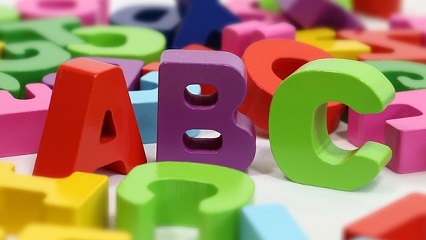 Many parents agonise over the decision of when to send their children to school and it’s a hot topic even amongst those that don’t have to choose. In NSW, children can start “big school” if they turn five before 31 July of that year, and must be enrolled by the time they turn six. This means that children born before the cut-off have a choice to start when they are four or five. Every child is different and each parent needs to consider a whole range of factors, however there have been some studies that might help make that decision.

Kindergarten is the New First Grade

A study in the US found that Year K is increasingly becoming focused on academic learning. As a result, time spent on fun and free play are suffering. This trend is just as relevant here in Australia, with an article in the Sydney Morning Herald claiming that “NAPLAN assessments and international rankings” are to blame for the increased pressure. And while governments push schools to begin formal education earlier to improve test scores, the evidence shows that it could have the opposite effect.

The Importance of Play

Janet Moyles wrote about school-readiness for The Conversation, highlighting many studies that have proven the importance of play for young children for development of language and literacy, as well as self-regulation, a skill that is a key predictor of educational achievement.

As we see more formalised training creep into kindergarten and even pre-school, these important play-based activities are getting pushed out.

A study in the US showed that by the end of primary school, children that experienced a play-based pre-school environment had significantly better marks than those in an academically-based pre-school. Dr. Suggate of the University of Regensburg told the Sydney Morning Herald about a number of studies that found that “an overly academic preschool curriculum leads to later behavioural difficulties and also lower grades”.

Kathy Silva of Oxford carried out a study for the US Department of Education which found that extending the period of play-based pre-school made “a significant difference to academic learning and well-being”, an effect that was even more marked with children from a disadvantaged background.

Closer to home a study in New Zealand compared children that had learned to read at five years old and those that had learned at seven years old. It found that by age 11 there was no difference in reading ability level, but those that started earlier had more difficulty with text comprehension and less interest in reading.

It is natural to think that children that are gifted would benefit from starting school earlier. However, a life-long study showed that gifted children who had started school early started showing lower academic achievement by the time they reached adolescence than their counterparts who started school later.

What is Best for your Kids?

We all just want the best for our kids and there are many factors to consider when making decisions about a child’s education. Only you the parent can make the decision that is best for your child. Do your research, speak to the schools in your area and if possible, discuss it with your child's early childhood educator. At the end of your day, follow your gut instincts as you know your child best.

ellaslist wants to hear from you, do you believe kids should start school early or late?

I recently retired after 32 years as an Early Childhood Teacher (preschool teacher) and I have always believed that starting children at school when they are older is the best option. Preschools usually have up to 60 pre-schoolers, that are eligible to start school the following year, in a class over a week and the age range is quite broad. I could tell you any child in my class, who would not turn five until they had started school, simply by their social skills, listening skills and attention span. I have advised many parents that their child should not start school early because although they may "cope" that is not the same as being the best they can be. I have never had any parent say that they did the wrong thing by keeping their child back and many have thanked me for my advice. If you are contemplating sending your child early then please at least get the opinion of your child's preschool teacher!

I stareted both my children in the February after they turned five, so they were 5 yrs 4 months and 5 yrs 6 months and I never regretted it. Those few extra months can mean that they are a little more mature before starting 'big school' and if it is hard to let them go, you get a few extra months with them full time. I also believe things are easier for them when they start high school, being those few months older seems to help. I was lucky as I didn't work but for mums today this decision is made harder as most of them work at least part time, so starting school in February probably makes things easier for them. So I suppose there is no 'right' answer. though I am in my 70s, I really love your website!

Im a Mum of 6 kids. I sent my 1st child a girl early. Born 25th July the youngest in the year. Was all good until becoming a Teen. Starting high school at the young age of 11 with many friends nearly 13 years old. Socially what your doing at 13 is very different to 11. My 3rd child a boy born 15th July was a different story. A quiet shy boy who obviously was just not ready so we held him back. I think the cut off age should be in April like it use to be not July..

I think that they should start later, and the reason I have this opinion is because I believe that if they start earlier it eventually makes them aware of how far ahead or behind they are to other kids their age when they are not the same age, the year or so difference at that age is huge in terms of emotional and intellectual maturity and they start to compare themselves already at 5,6 &amp; 7. My son is experiencing exactly that in that he is in year 2 and is 7 turning 8 in September , he is extremely active and very bright and intuitive however he struggles to read to the level of his classmates but can hold a conversation and has more confidence socially and is extremely adaptable and quick to learn in every other aspect, yet he is now pressured to read a book every single day, take extra tutoring and speech therapy for comprehension and is taken out of class for extra focus on reading in "reading recovery" programs, this has put pressure on him and us as parents to get him up to speed with the rest of the class or grade. I believe that he will in time grasp the concept of reading and the skill of sounding out and learning techniques to assist him in recognising new words but he already compares himself to others who do better or not as well as he does, it's important to read yes and absolutely necessary but at 7 I feel that they are put under a lot of pressure for them and I believe that it is done as early as it is (in my sons case from kindy) so that those who are likely to bring the average down by year 3 when na plan kicks in are focused on heavily in an attempt to ensure the school maintains its % in the naplan results so as to maintain their reputation and or government funding? I don't know if this is exactly the case but I have heard from other parents that children have been asked not to sit the naplan as they would not do well and it will reflect on the school. Either way by the time kids are 13 their childhood is basically over from a child's perspective and they then have to start buckling down and working toward their future and results mean access to other education etc, so if 13 years of childhood is all they get let them have it... It's such a stressful society these days and they have a lot to live upto. Let them have a childhood.

This is a big debate. One I am considering as a mother and a Paediatrician. However, I found your article quite one sided without giving any time to the benefits of starting earlier. I agree, one size does not fit all but if you label your article a debate both sides should be represented. There has also been research published that Showed older students initially outperformed their younger peers, but by the age of eight or nine ''there's really no difference in terms of their cognitive and emotional development." Thank you for raising the debate though, it is certainly on everyone's mind.