The First Day Spa for Babies has Opened in Melbourne 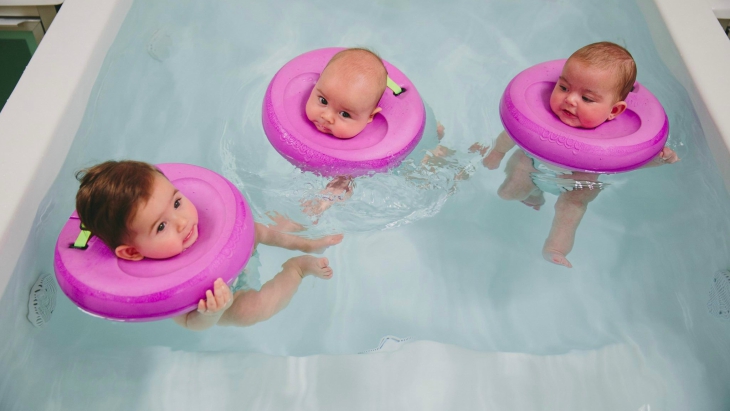 Babies aged 0 - 8 months can relive their time in the womb at Melbourne's newest day spa for infants in Rowville & Moonee Ponds, Baby Spa.

Opening in Melbourne in 2017, the spa is designed to allow babies and parents to "enjoy the first ‘steps’ towards a child’s physical and emotional independence" by floating in a neonatal pod filled with water, followed by infant massage.

Tiny tots begin each session with a 10-30 minute immersion into a body of water, supported by the DROPLET ®, a floatation device fitted around the babies' chin, allowing them to float freely, unaffected by gravity. There have been concerns about neck floatation devices for babies that were originally designed as medical devices for children with disabilities, including some recalls on inflatable plastic devices purchased on eBay. The DROPLET ® used at Baby Spa was patented by Baby Spa Australia, and has special cut outs for the ears and jaw bones that allow for support and stability.

A Little Bit of Luxury

After swimming in the purified water, the babies are wrapped in soft, warm towels before enjoying a massage with Australia cold pressed grapeseed oil to a soothing soundtrack of quiet music.

There are calm rooms for feeding, swim nappies and swimsuits for the babies, and access to all staff who are mothers and midwives themselves.