The Best Places to go Ice Skating in Sydney 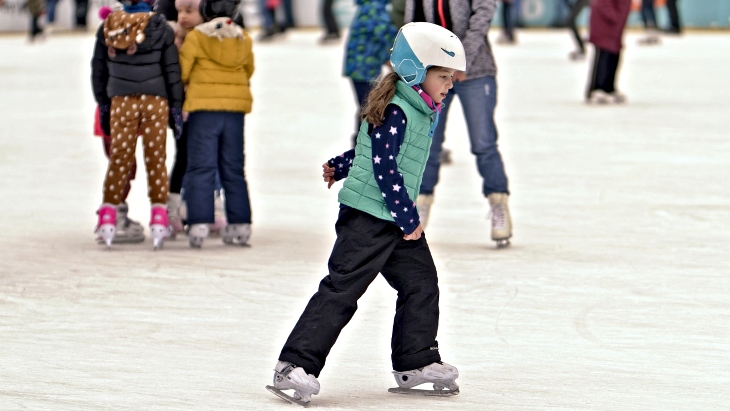 Keen for a little ice skating in Sydney magic? Sydney is a snowy wonderland year-round thanks to an amazing lineup of ice skating rinks.

The beauty of ice skating in Sydney is that it doesn't have to be winter to enjoy it. Sydney's top ice skating rinks are open year-round and provide icy, winter magic during the colder months of the year, and a luxurious cool respite during the stinking hot summer months - it's a win-win!

So without further ado, grab your skates (or hire some at your favourite venue) and get ready to hit the ice and skate up a storm at Sydney's best ice rinks.

Open year-round, Canterbury Olympic Ice Rink proudly offers it all: kids' birthdays, figure skating, ice hockey, speed skating, synchronised skating, disco nights, school holiday lessons, group lessons, private lessons, and an awesome playground for under 5s, where tots can learn to skate as well as play games both on and off the ice. The coaches are great and the skate school is super successful.

*Please note, a number of ice skating sessions from March to April have been cancelled. Check their website before visiting.

Head to Liverpool Catholic Club to learn from award-winning coaches in a safe and fun environment. They offer rink birthday parties, lessons for all ages and abilities, three playgroup sessions a week for 2-6-year-olds with lessons, games and snow play, after-school sessions, ice discos, and Whiteout Saturday nights for some snowy fun.