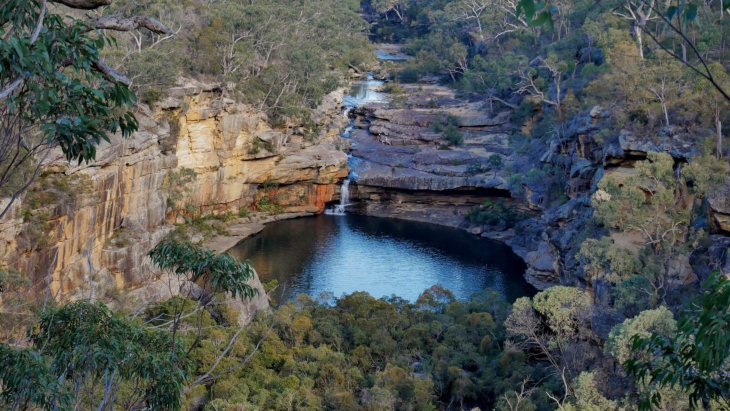 Remember that scene in Now and Then when the girls stop off after their bike ride for what looks like the most refreshing of swims in a natural swimming hole? I've always wanted to do that too! And thanks to the abundance of natural swimming holes NSW has to offer, we can! If you need to cool off in summer, fewer spots are as naturally refreshing as a natural swimming hole. Yes, the beach is awesome and some might argue better, but when you’ve visited every beach in Sydney twice, a dip in nature’s freshwater bounty sounds pretty good!

*Please note that some of these areas have been affected by the recent NSW bushfires. Make sure you check if they are open before visiting. 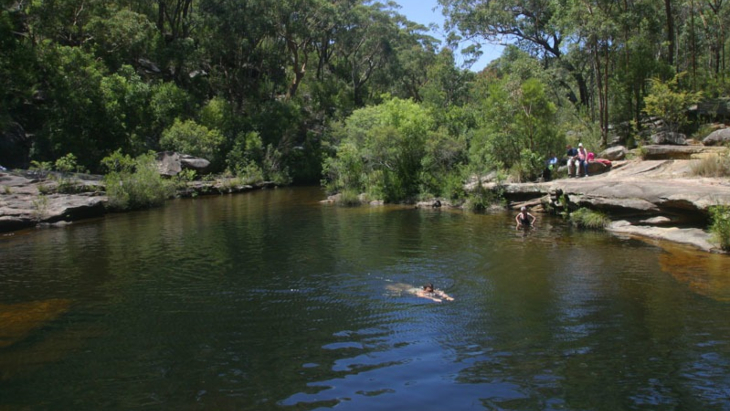 A crystal-clear emerald swimming pool awaits you at Karloo Pools in the Royal National Park. The gorgeously rugged surrounds and quintessential sounds of the surrounding bushland make for a pretty spectacular day out with the family, not to mention the refreshing dip at the end of the 3km trail! The next time you’re out and about in the Blue Mountains and the weather calls for a refreshing dip, make sure you add the Jellybean Pool to your itinerary. Located near the Glenbrook entrance of the Blue Mountains National Park, Jellybean Pool is a mesmerising natural watering hole surrounded by looming boulders and picturesque vegetation. The waters closest to the beach area are shallower and perfect for little swimmers. 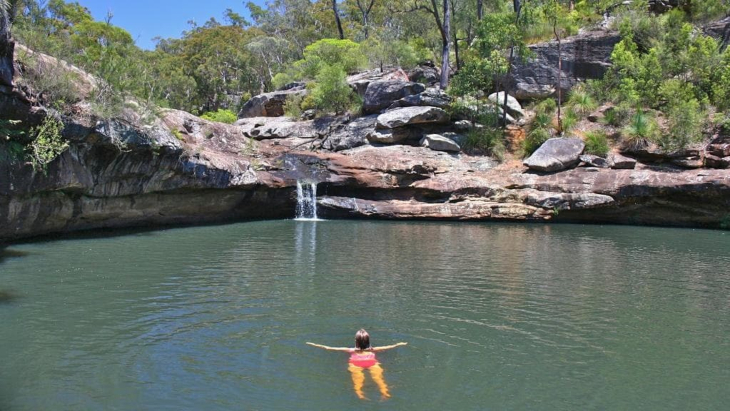 The stunning Minerva Pool in the Dharawal National Park is so sacred that only women and children are allowed to enjoy the waters. Discovered by Aboriginal Dharawal People many moons ago, the site of the Minerva Pool is believed to hold immense cultural significance to its people (women in particular) and is classified as a sanctified women’s place - no males allowed! The walk to Minerva Pool from Victoria Road, Wedderburn is around 2.5 kilometres return.

If you'd prefer to include the whole family, there's another freshwater swimming hole at the end of the Jingga Walking Track near O'Hares Creek that allows everyone to go for a refreshing dip. 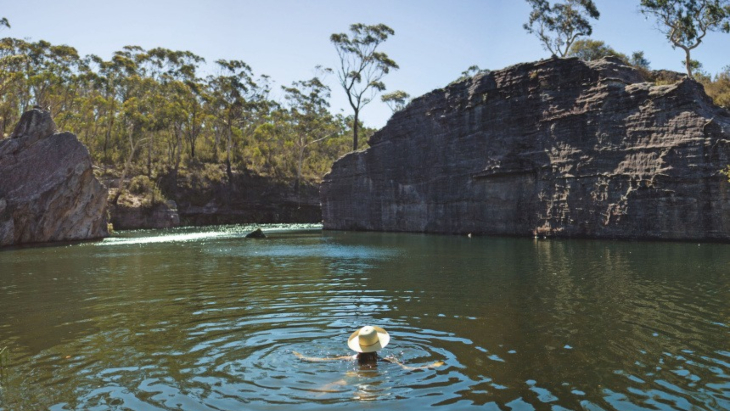 Clarence Dam in Clarence is so perfect for a freshwater splash it even has a hanging rope swing for that quintessential jump! Also known as the Dargan Creek Railway Dams, Clarence Dam has cool waters in the warmer months with some spots deeper than others. The looming rock formations that surround the waters make you feel as though you’re swimming through an ancient canyon – definitely one for the family bucket list!

Location: Just off the Bells Line of Road near Clarence NSW. 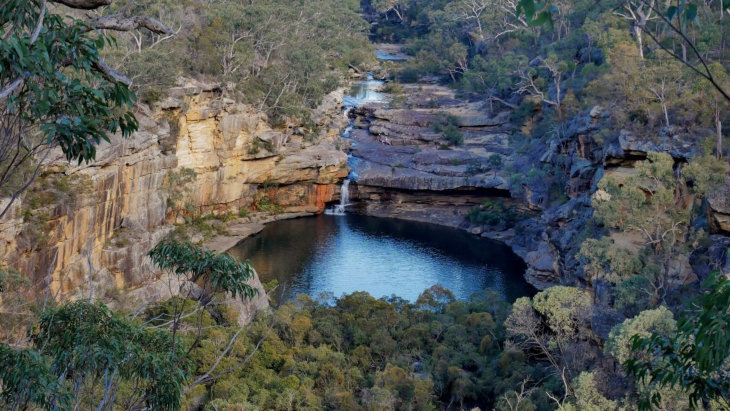 A true bushwalking adventure with a very refreshing finale is on the itinerary when visiting Mermaids Pool in the Southern Highlands. This secluded swimming spot in the Tahmoor Gorge is so quintessentially Australian you’d be forgiven for thinking you were knee-deep in a swimming hole in Kakadu. The path to get to Mermaids Pool is unfortunately rather tricky and dangerous at times, so this swimming stopover is only recommended for older, very capable kids and families who are experienced with hiking.

Location: On the Bargo River at the start of Tahmoor Gorge, Southern Highlands. 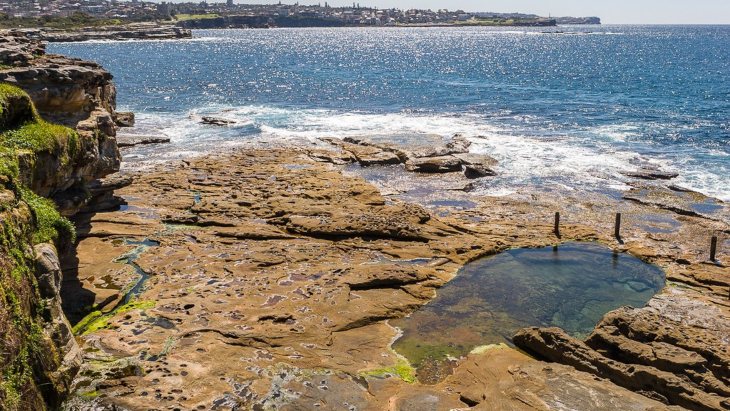 If you’d rather stay close to the city for freshwater salvation, you can’t go past Ivor Rowe Rockpool in South Coogee. The small but mighty rockpool near Bunya Parade in South Coogee is shallow enough for everyone to enjoy a refreshing dip on a stinking hot summer day. If you’re visiting with the kids, it’s best to go at low tide to avoid dangerous waves and, of course, be mindful that this popular rockpool gets very busy on weekends.

Other Outdoor Adventures Near Sydney