You gotta love Newtown. It might be the race that stops the nation but the Newtown Hotel is taking a strong stance against the Melbourne Cup this year, banning the event from its screens and encouraging punters to donate to the “karma keg” of beer, with all proceeds to go to Horse Rescue Australia to rehabilitate ex-racing horses.

A Nup To The Cup Approach

Instead of celebrating the Melbourne Cup on Tuesday November 6 the pub will hold a “F**k the Cup” event with live music and literally no fascinators on heads. 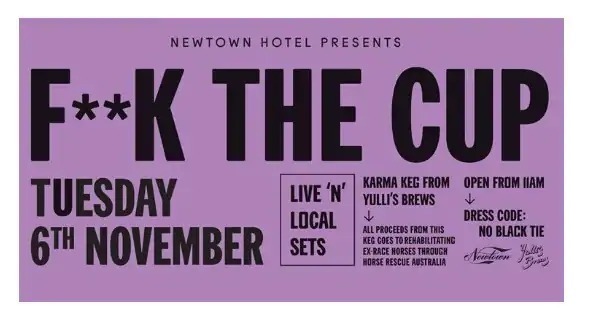 The venue explained in a Facebook post that this year would be different to previous celebrations, “We aren’t about horse racing … so instead we are becoming an island from all the other venues around us … that won’t be televising the Melbourne Cup or hosting some fancy lunch for suits to bet on some horse because its name is cute!”

Most people have been receptive to the news, however, as to be expected, the post has been hit with a few negative comments slamming 'political correctness gone mad.' 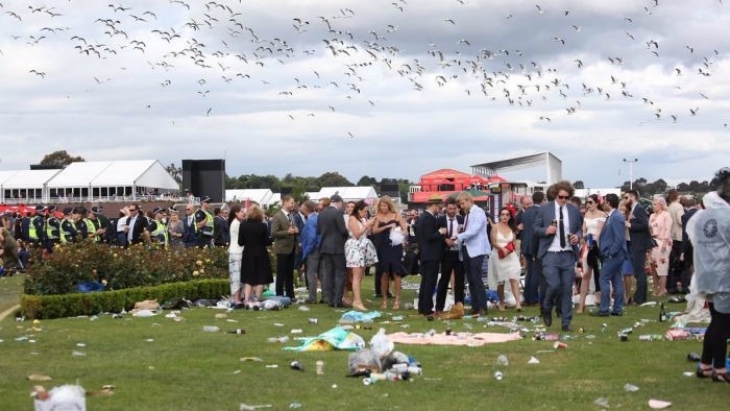 Why Boycott The Cup?

Whether you think it's un-Australian or not, the truth is, the Melbourne Cup showcases the seedy side of Aussie culture, a day of excessive drinking and gambling and using animals for entertainment and financial gain. In 2014 two horses died directly because of the Melbourne Cup which increased the awareness of animal cruelty within the Cup.

But it's not just the annual event that's the problem, between July 2016 and July 2017, 137 horses died on Australian racetracks. That’s one every 2.6 days. You can find more "Nup to the Cup' events here so go forth and celebrate cruelty-free on November 6.

Still keen to celebrate the Cup? Check out our guide to Melbourne Cup venues that welcome kids.