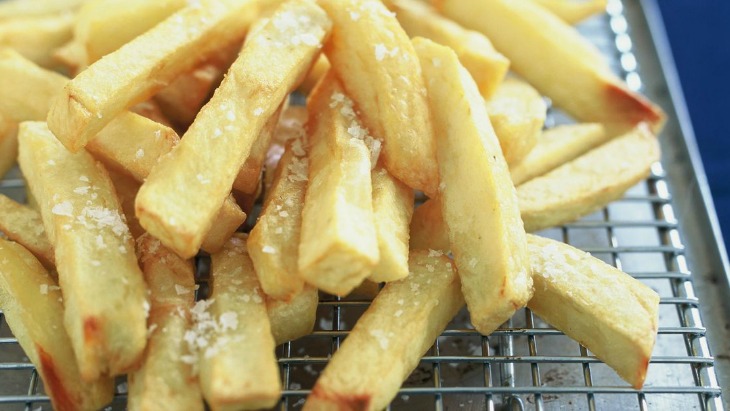 Who doesn't love a hot, crispy, deep fried potato smothered in salt and served in greasy paper? The principal at De La Salle College in Revesby, that's who! He recently banned hot chips from the high school canteen in a bid to comply with the government's new plans for a healthier lunch menu, the Daily Telegraph reports.

However the students of the Catholic boys' school are leading the resistance against the new rule by starting an online petition on Change.org to bring back the salty snack. 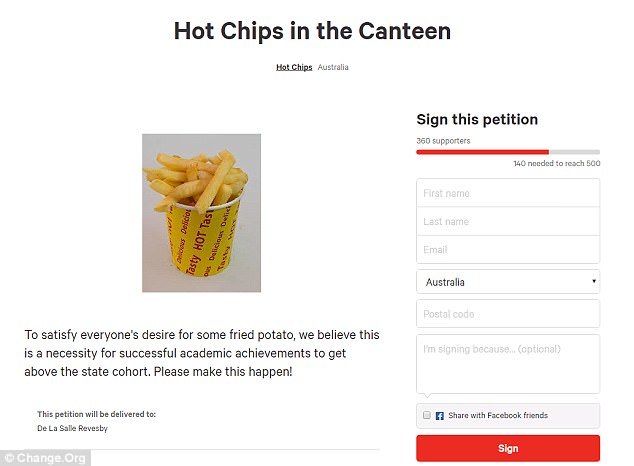 "To satisfy everyone's desire for some fried potato, we believe this is a necessity for successful academic achievements to get above the state cohort," the petition reads.

The petition pleads for the public's support and suggests that hot chips can make a contribution to their academic success. Ha, nice try boys!

You have to wonder, as much as we love a good hot chip, is there a place for them at a school canteen?

The new healthy eating campaign, enforced by NSW Premier Gladys Berejiklian, will replace the failed 'traffic light' system and will ensure that 75% of all school menus are made up of fruit, vegetables and fresh food options. Therefore, no room left for a salty fried potato. The Chips Are Stacked Against You

However others believe the canteen could have come up with a compromise instead of a straight out ban.

"Rather than ban chips, you could have looked at 'healthier' ways of preparing them, such as baking, shallow frying, making them from potatoes instead of a packet.

"You could have consulted with the students on a new menu, instead, you have chosen to food police your students. Shame on you." one of the petition's supporters wrote.

Since the page was created two months ago, it has received over 550 signatures of their target of 1000.

De La Salle College principal Timothy Logue said that while he was impressed with the students' initiative to set up an online petition, the school canteen would not be returning hot chips to the menu.

And on that note, here are the best places to find fish and chips in Sydney!