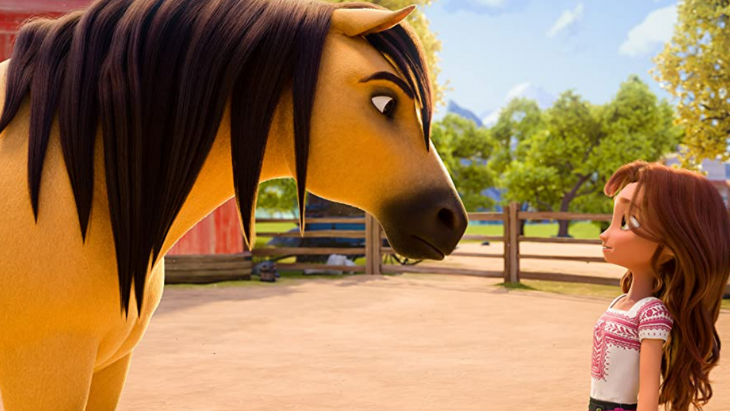 We finally found the one single upside to the best part of Australia being in lockdown – movies are skipping the cinema and going straight to streaming services.

From a nostalgic sequel to a doco-style flick on one of our greatest and underrated sports stars, here’s the best new movies releases you can watch instantly.

This documentary-style movie follows the journey of Australian pro skateboarder Poppy Starr Olsen from child skater in Bondi to competitor in the Olympics. Filmed over ten years, it’s an incredible insight into the tireless prep before competition time. Even if you don’t like skateboarding, or even sport in particular, this is an inspiring film, especially for teenage girls. Available on ABC iView, Google Play, YouTube, iTunes and Amazon Prime Video.

While it might feel like Hollywood has run out of original scripts with the constant rehashing of originals but Space Jam: A New Legacy maintains the magic of the 90s original but with a slightly new plot twist. A fantastic film to introduce 5+ to Looney Tunes. Available on Google Play, YouTube, iTunes and Amazon Prime Video.

The latest instalment of the Spirit franchise, this has all the heart of the original that came out in 2019. Following the journey of a headstrong girl who discovers a kindred spirits with a wild horse, this is the perfect movie for all ages, including adults.  Available on Google Play, YouTube, iTunes and Amazon Prime Video.

Our very own Toni Collette is transformed into a Welsh shopkeeper in a small rural village that’s down on its luck. She comes up with the idea of teaming the villagers together to breed a racehouse.  A tearjerker. Suitable for older teens. Available on Google Play, YouTube, iTunes and Amazon Prime Video.

The never-ending story of the Fast & Furious franchise is back with it’s ninth film. Fast 9: The Fast Saga is an amplified offering of the previous eight, with Vin Diesel and his crew fighting the baddies, with plenty of care chases, explosions and that dramatic soundtrack we all know. The older teens love it as much as we did in 2001! Available on Google Play, YouTube, iTunes and Amazon Prime Video.