Kids Will Go Loco At The Train-Themed Winjoy Reserve Playground 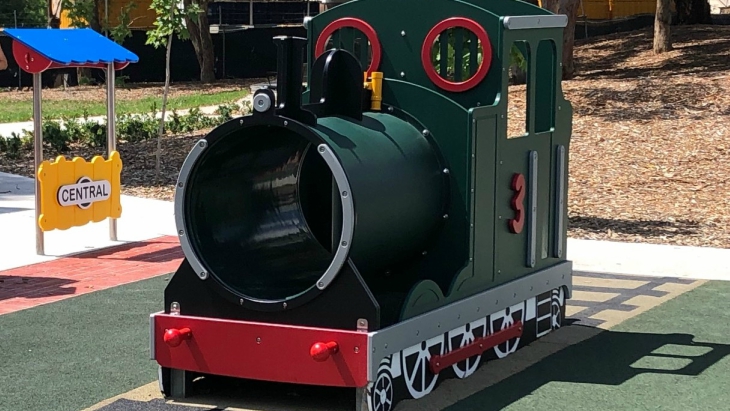 Choo-choo! A new playground has just pulled into the station. Winjoy Reserve, situated close to Dundas train station in Rydalmere has a brand new playground and it reflects our childhood fascination with locomotives. Isn't it sad how trains lose their sparkle when you become an adult.

The City of Parramatta council tells us that Winjoy Reserve Playground in Sydney's west was created, "following consultation with the community, which noted a strong desire for ‘Imaginative’ play and ‘Climbing and Crawling’ play. It was also chosen due to the site’s location, which is close to the existing train line/future light rail line and Dundas train station." 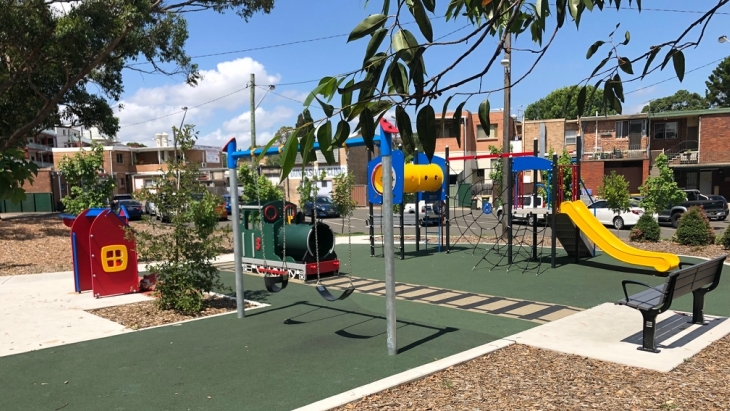 What Can You Expect?

The locomotive theme includes a train station on a brick platform, ticket booth, a 'Central Station' and a painted rail line on the ground.

To play with kids have a climbing net with tunnel which was installed to provide ‘Climbing and Crawling’ play. There's also a swing set, slides and a rubber surface so kids can expect a smooth and safe journey as they explore. 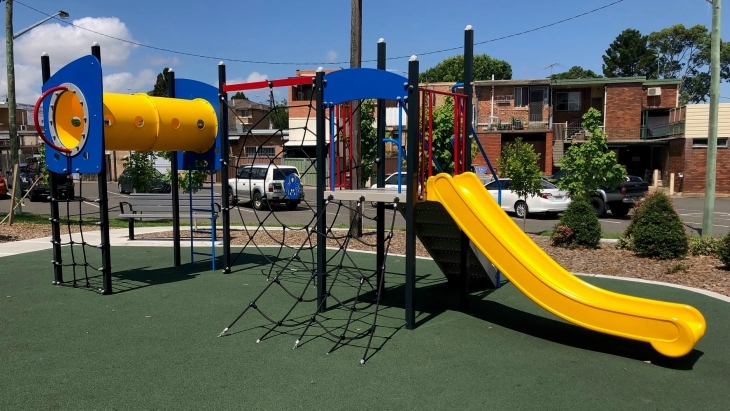 For parents and carers there is seating, picnic tables, grassy areas and lots of shade. There's also lots of paths for riding bikes and scooters and drinking fountains to rehydrate at.

We say, put on your best flat cap and go!