Keep Your Eyes Peeled Skywards for the Magical ❛Christmas Comet❜ 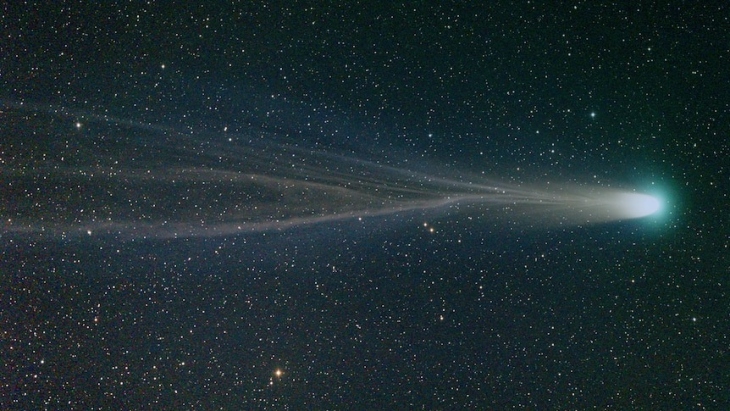 No, it's not Santa on his sleigh, it's a magical Christmas Comet you see in the night sky!

Christmas is getting extra magical this year with the arrival of Comet Leonard, aka 'The Christmas Comet', which is already blazing across the Australian skies and is rumoured to be hanging around until 2022!

Comet Leonard Blazes Through the Sky

The comet has been imaginatively dubbed the ‘Christmas Comet’ thanks to its festive green hue and the fact that it’s, y’know…nearly Christmas.

According to EarthSky, Comet Leonard is a sky event that you will only see once in your lifetime. The ultrafast comet is blazing through the inner solar system at 71 kilometres per second, but it will still appear like a slow-moving object due to its distance from Earth. The Christmas Comet made its closest approach to Earth on 21 December, coming within 34 million kilometres of the Earth.

Comet Leonard's journey has been 40,000 years in the making, and officially moved into view over the Southern Hemisphere on 22 December 2021. Aussies have taken to social media to display their impressive images of The Christmas Comet.

How to See the Christmas Comet in Australia

The cheery celestial sight is rumoured to be most vivid to the naked eye from 21 December 2021 until around 3 January 2022 before become an interstellar comet and disappearing forever.

For those keen to catch a glimpse of The Christmas Comet, your best chance is between one-and-a-half to two hours after sunset, depending on where you live in Australia, twilight obviously lasts longer in southern parts of the country. It’s currently about 15 to 20 degrees above the west-south-west horizon and will appear as a fuzzy blob.