This July marks 50 years since man set foot on the Moon. On the 20th July 1969 three Americans (Neil Armstrong, Michael Collins and Buzz Aldrin) took off from the Kennedy Space Centre, it took the men four days to reach the Moon. On arrival, Armstrong stepped out onto the surface and muttered the now very well-known phrase, “One small step for man, one giant leap for mankind”. The Moon Landing ended the Space Race and achieved the goal that American President John F Kennedy had set eight years earlier. Since the first Moon landing, only 10 other astronauts have walked on the Moon, and only 12 more have ever left the Earth’s orbit.

So, what’s in store for this year to help celebrate the 50-year anniversary of the Moon landing with your kids? Here are our top picks for around the country. See how many you can orbit.... 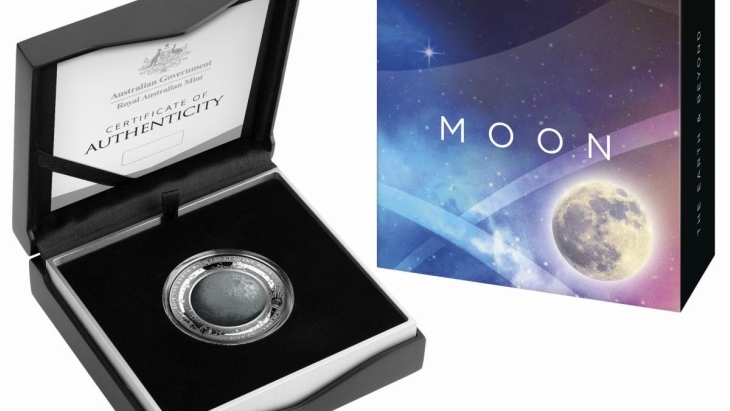 The Royal Australian Mint have released a commemorative coin collection to mark the 50-year anniversary and also highlight Australia’s involvement in the Moon landing. The $1 coin depicts the Honeysuckle Creek Tracking Station in Canberra which, along with other stations around the world maintained communication with Apollo 11 during the Moon landing mission.

NASA: A Human Adventure The Exhibition 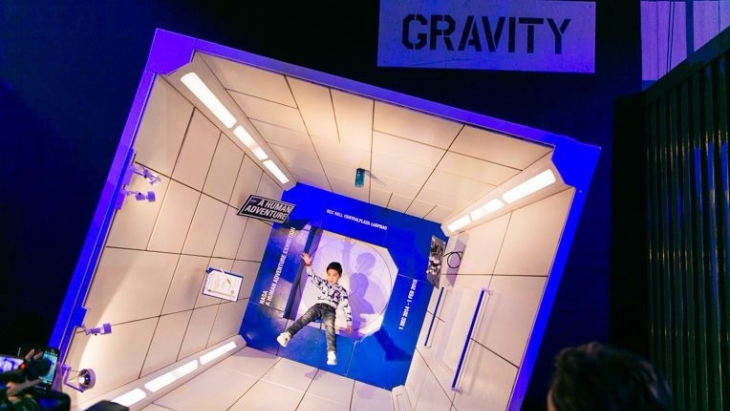 From 15 March to 9 October this year the Queensland Museum in Brisbane will be hosting the touring NASA exhibition which has space artefacts from both the American and Soviet Union space missions as well as images and models. Tickets are $21 for adults, $12 for 5 – 12-year-olds and under fives are free. 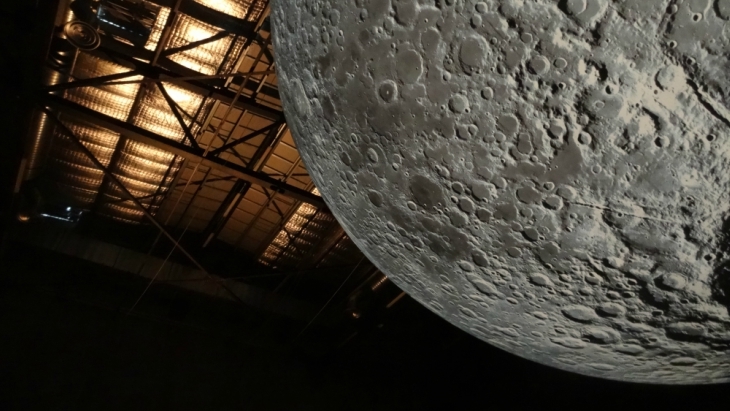 With several planetariums strewn around Australia, you will be sure to find one you can visit. The Sydney Observatory in Millers Point, the Melbourne Planetarium in Spotswood, and the Perth Observatory in Bickley are just a few of the places you can visit to learn more about space. With lots of family-friendly activities, a day at the planetarium is the perfect way to celebrate the Moon landing. 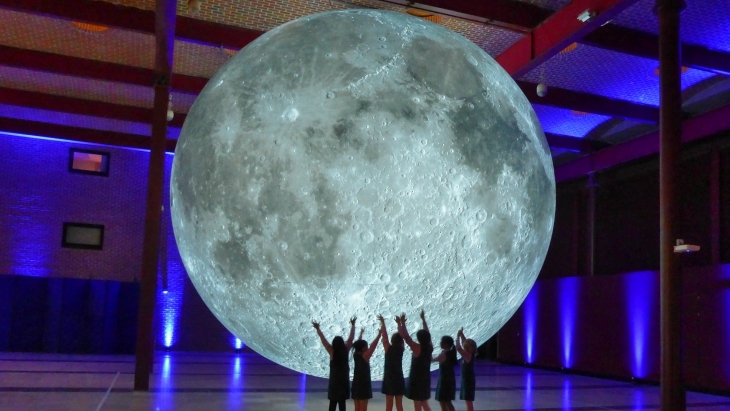 A new exhibition, Apollo 11, will premiere at the Powerhouse Museum to commemorate the 50th Anniversary of the Moon landing. It opened on 29 June 2019. Read our review here.
To coincide with the exhibition, Luke Jerram’s iconic installation Museum of the Moon which was previously in Melbourne will be presented. The installation combines detailed NASA imagery of the lunar surface, alongside moonlight and surround sound composition created by BAFTA and Ivor Novello award winning composer Dan Jones. Measuring seven metres in diameter, at an approximate scale of 1:500,000, each centimetre of the internally lit spherical sculpture represents 5km of the moon’s surface. 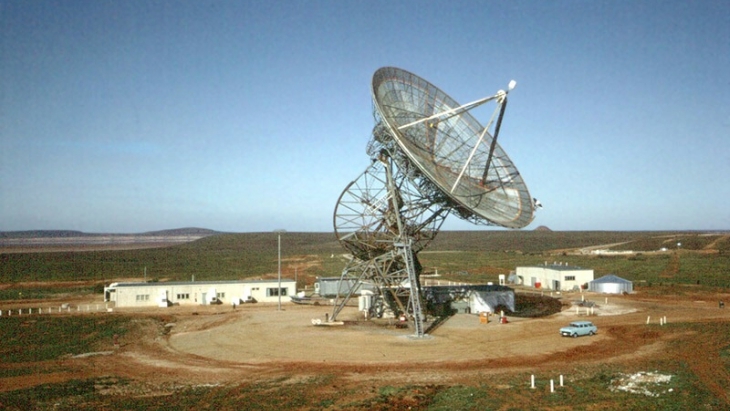 Although the Canberra NASA station closed in the ‘80s, you can still visit the historic site which has now been turned into a campground. Combine your Moon landing celebrations with a weekend of camping, hiking and enjoying the great outdoors. 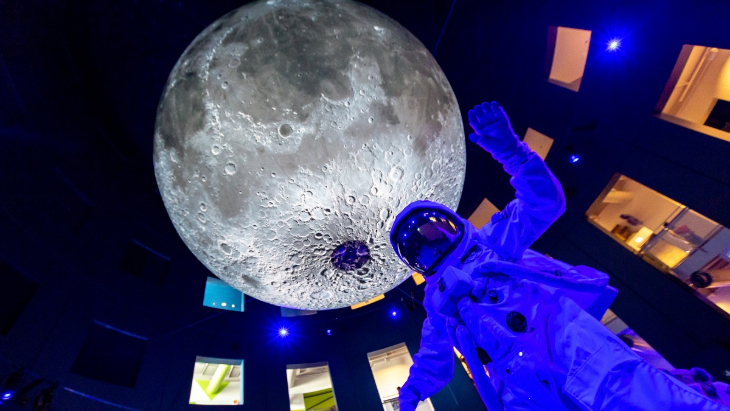 Also in Canberra you can see a big slice of the pie. The new Moon exhibit lets you recline and take in all the details of the giant glowing moon. Moon gaze from every angle - you can even go to the 'dark side of the moon'. You will be mesmerised by detailed NASA imagery of the lunar surface. Find your favourite crater (there are over 30000!) or where the Apollo missions landed. More details here.

Released this year, the new Apollo 11 documentary is a compilation of footage of the mission to the Moon directed by Todd Douglas Miller. Grab some popcorn and settle in, this is a celebration you can enjoy from your sofa! 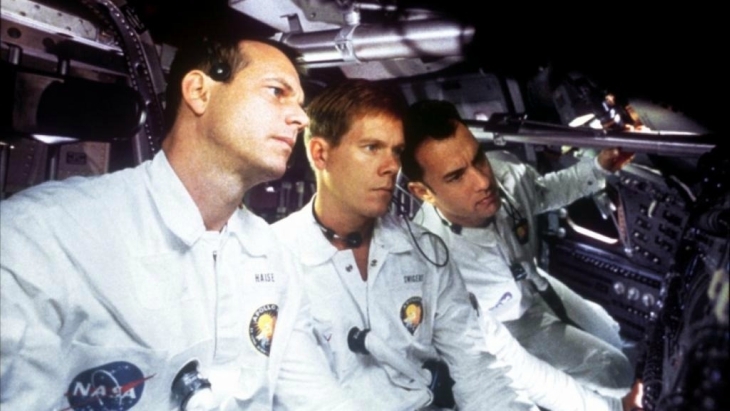 If documentaries aren’t your thing, why not make the next family movie night Moon themed. With lots of great movies to choose from, you are sure to find something to suit all ages. For the young ones, the family-friendly animated classic Despicable Me, in which Gru tries to steal the Moon may be a good choice. If you have older kids you might want to pick something based on a true story such as Apollo 13, which details a failed Moon landing. 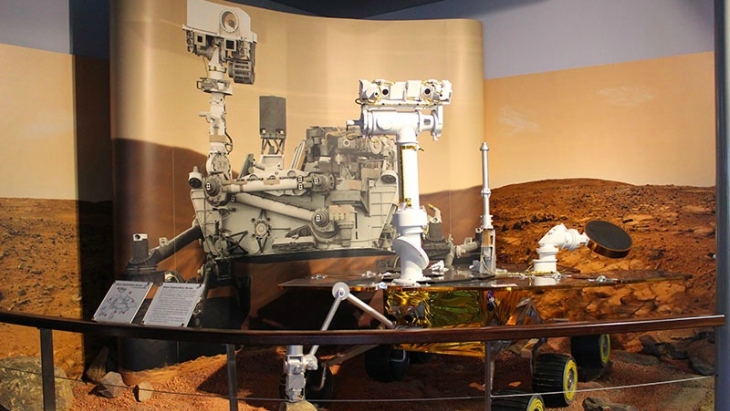 About 35 kilometres from Canberra, the free museum is open seven days a week and houses an actual piece of the Moon, along with other memorabilia from space missions, models and images. There is also a cafe and playground to enjoy onsite.