Get Ready To Feel Cold & Wet 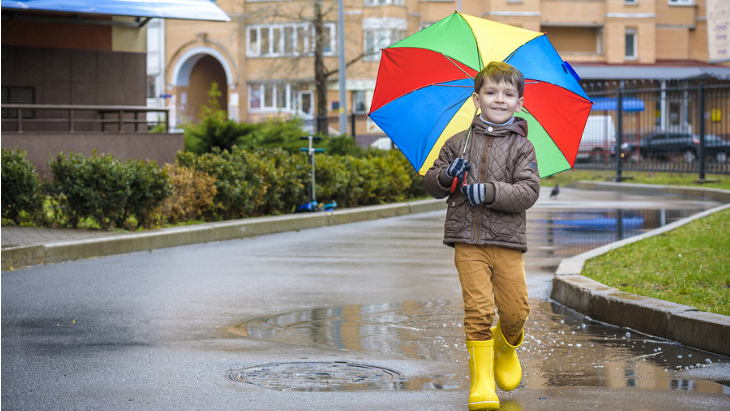 We're in for a pretty drab few days, Sydney-siders. Thanks to a complex low, we're set for some strong, chilly winds, and most likely, quite a bit of rainfall throughout the rest of the week.

According to The Sydney Morning Herald, strong winds from about midday Tuesday through to Wednesday will make it feel even colder than it is, and despite the low-pressure system being quite far offshore, it could still mean a nasty spout of rainfall- as much as 1-10mm on Tuesday and 15-30mm on Wednesday. Although the thermometer will read about 18-19 degrees throughout the work week, thanks to the wind (our natural enemy, if you ask us) it's going to feel like perfect coats, scarves and gloves weather.

Not only that, but this bout of unfortunate weather could mean exciting things for families planning on getting out the snow gear: snow resorts in NSW and Victoria could expect a dusting of snow, just days ahead of the long weekend, which is the formal opening of the 2017 ski season! According to the Sydney Morning Herald, snowfalls of 5-10 centimetres are "plausible" with temperatures set to drop in Perisher to -5 degrees overnight in the coming few days. It could melt come Sunday though when it's expected to hit about 5 or 6 degrees in the middle of the day. Perisher opened for the snow season last weekend, one week ahead of schedule thanks to their unexpectedly early snow-bunny conditions.

The rain could be here from Tuesday evening, and will mostly affect the east coast, so may we suggest you have your week (and even weekend, to be sure!) wet weather plans sorted. Rainy days with kids holed up inside with nothing to do is truly the stuff of nightmares:

Check out our top picks for places to go in Sydney City when it's raining, our top 6 places for rainy days all across Sydney, our favourite indoor play centres, and our top 70 ideas for rainy days with kids.

If the mere mention of 'snow' had you giddy with family mini-break possibilities, you might like our guide to the best places to take the kids skiing.