We've previously both cringed and giggled at the dangerous banned toys throughout history that make us wish we knew what the heck the manufacturers were thinking (a science kit with real radioactive materials- seriously?!). We've got a few more cringeworthy toys for you, some that have been banned and some that are still available, and all you'll be thinking is "W.T.F."

This one is just plain wrong. One of Barbie's 1965 adventures saw her headed to a friends house for a sleepover. Her slumber party go-to's? A pink pair of scales set to 110 pounds, a packet of curlers and bobby pins, high-heeled slippers with pom poms, a comb, and, of course, a book called "How To Lose Weight" with a back cover that read "Don't Eat!". Sound advice, Barbs. Don't judge, she's just a Barbie girl in a Barbie world. 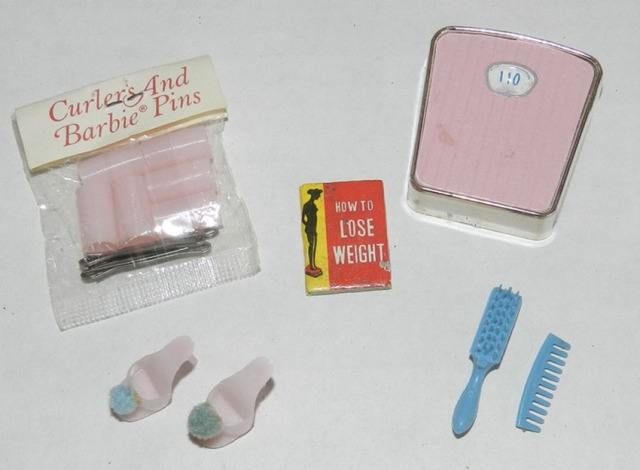 2. Barbie Couldn't Seem To Help Herself

Whilst there's no doubt that in recent years Barbie sure has upped her game in terms of being a good role model for young girls- she sure has had a shocking past. Entertainment Tonight shares that whilst an old Barbie book called Barbie: I Can Be a Computer Engineer might sound like an empowering read, the storyline is actually based purely on Barbie's struggles with constantly infecting computers with viruses and her male counterparts having to bail her out. Cringe.

'Teen Talk Barbie's' catchphrases included “Will we ever have enough clothes?” and “I love shopping!” which Mattel might have gotten away with, had it not been for the particularly unpopular line "Math class is tough!". Barbie no longer says that anymore, according to Entertainment Tonight- phew! 'Totally Tattoo Barbie' even had a tramp stamp of Ken's name in a heart, and 'Share a Smile Becky' (Mattel's first wheelchair-bound doll) seemed like a great idea until children realised her chair didn't fit into the elevator of Barbie's dream house- which Mattel got onto fixing promptly. It's considered pretty cute when children mimic caring for their dolls the way their mummies care for their little brothers and sisters- but this doll, called the Bebe Gloton, took things to a whole new level. It is a breastfeeding doll whose lips are puckered in a sucking action and who emits suckling sounds...and it comes with a strap on vest for children to wear which gives them faux nipples symbolised by flower petals for the doll to latch onto. Kinda creepy?? It is to this day only available in Spain where it was created. 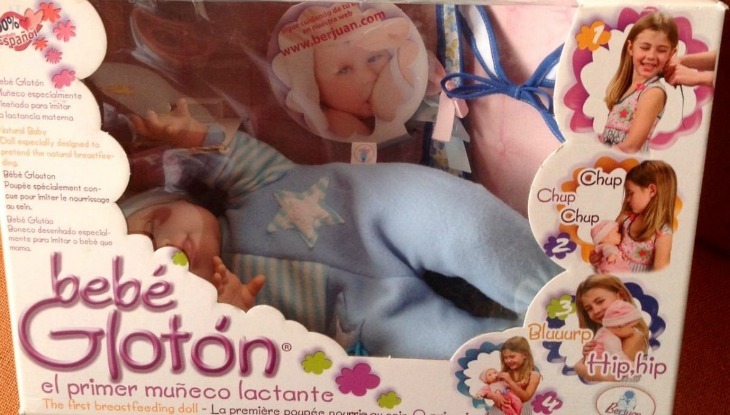 This teddy, the 'Crazy For You' bear might seem like an innocent Valentine's Day gift for your sweetheart, but we bet the Vermont Teddy Bear Co were at least mildly prepared for the backlash this now-banned teddy received. Insensitivity to mental illness, much? It was available up until around 2005. 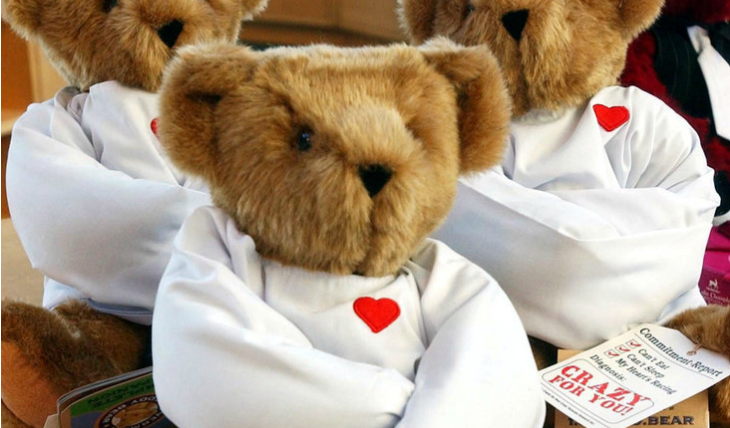 Preemie babies aren't uncommon- but a preeemie cabbage patch doll? The doll came out in 1985 and as the packaging stated, an early frost on the cabbage patch supposedly caused this premature birth. The dolls are even identified as preemies on their birth certificates, and come with teeny diapers, less hair than regular cabbage patch kids, have an overpowering baby powder smell and are 3 inches shorter. Kind of sweet, but still a little insensitive considering how frightening it can be to have a premature little one. 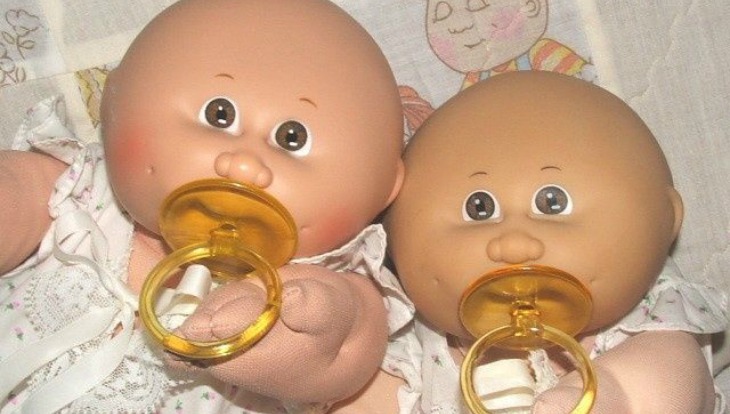 These were on the shelves in 2007 for 6-months, until it was discovered that the beads that they were made of (totally tempting to little ones who stick anything in their mouths that fit) had a chemical coating that, according to Healthy Way, caused vomiting, breathing issues, seizures, and even put two children in temporary comas. Downright scary- we're glad these are out of circulation. 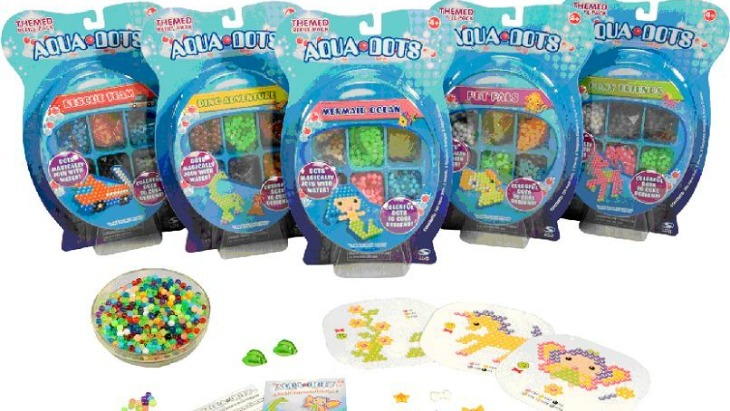 This 'housewife' themed play set of decades gone by would be considered joke shop material nowadays, but unfortunately, it was only too common once upon a time for little girls to play with Mary's bucket, broom and washing detergent..... Cringe.