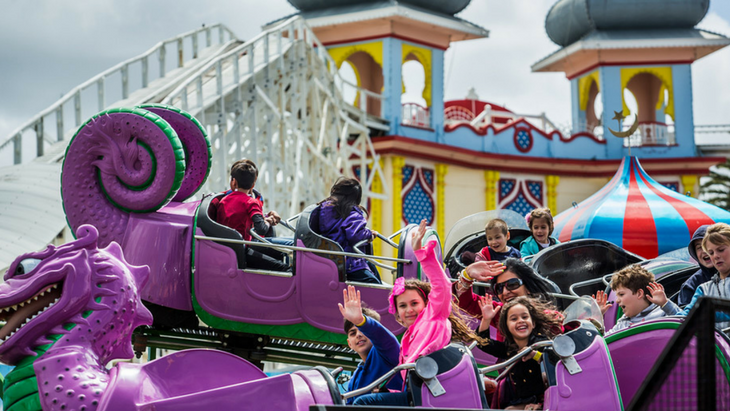 Sometimes you just wanna go where the air smells like popcorn and rides take your breath away - I totally understand! There's nothing quite like the spirit of a carnival, and these Melbourne fun parks have it in spades.

Whether you're looking for a tranquil Ferris wheel or a heart-stopping rollercoaster, you're sure to find it at one of these magical Melbourne fun parks. 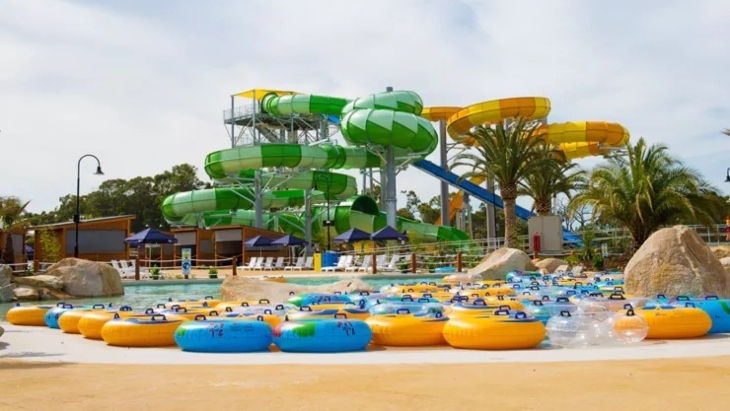 Shifting gears now for the nature-lovers among us, Gumbuya World is amazing for getting up close and personal with Australia's native fauna.

The kids could be a mini zookeeper for the day, hold a python, or even pat a dingo (there are more serene animals to be seen too, for those who might be reticent!). But of course, there's also lots of cool stuff for the thrill-seekers too. Try the heartstopping Rebel, Gumbuya World's newest attraction where you'll feel the G-forces as you're launched into a heartstopping orbit that swings you two ways at once. There's also water slides, a lazy river and lots of rides for little ones too. 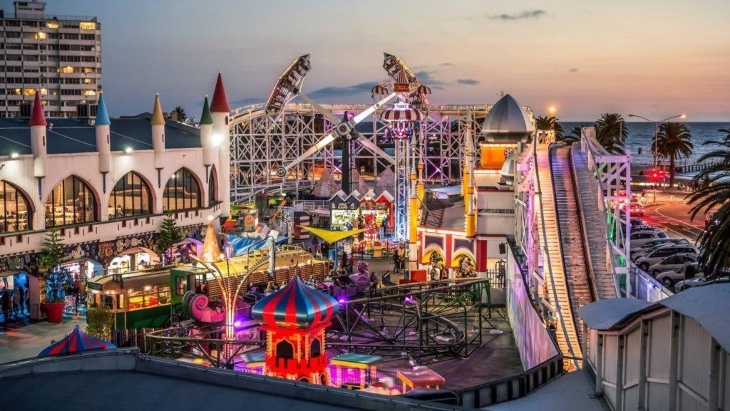 The most well-known fun park in Melbourne is, of course, Luna Park, often one of the first places we think of for an adventurous day out, and there's few who have been through the giant grinning moon mouth that don't remember it well!

For more than 100 years it has been the place to go in St Kilda for everything from crazy funhouse mirrors to the elaborate and beautiful carousel (which is the largest in the Southern Hemisphere), and of course, the Great Scenic Railway roller coaster. The place is packed with carnival spirit, rides, attractions, and everyone's favourite food stand.

Everyone from tiny tots to older folk will find something crazy and fun to do and is a super day out for the whole family - as a bonus, it has some of the best hot chips to be found anywhere in Melbourne!

Do check the website for opening times as it's not open year-round and mainly operates in the warmer months. 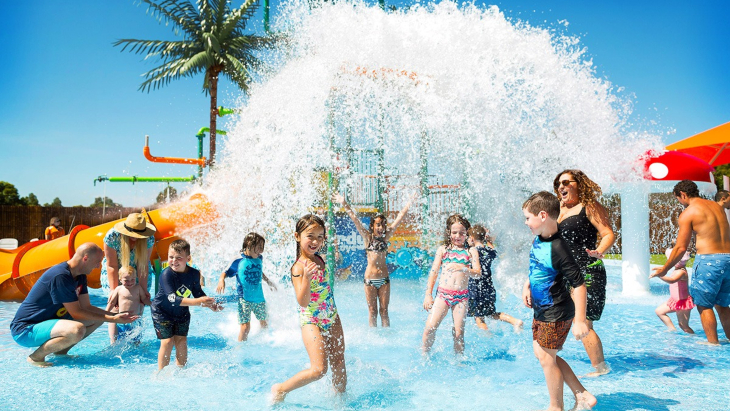 For epic water splash fun, you can't miss Funfields in Whittlesea, where you won't know what to go on first - the Kraken Racer that shoots you down a slide headfirst at 60km an hour? Perhaps take the littles and paddle around in Birdy Cove? Maybe the Aqua Shak or the Berry Ferris Wheel is more your style?

It would be hard to get out of here in under half a day, so pack a bag with towels, hats and sunscreen and settle in! A park map is invaluable and a plan of attractions doesn't hurt either. 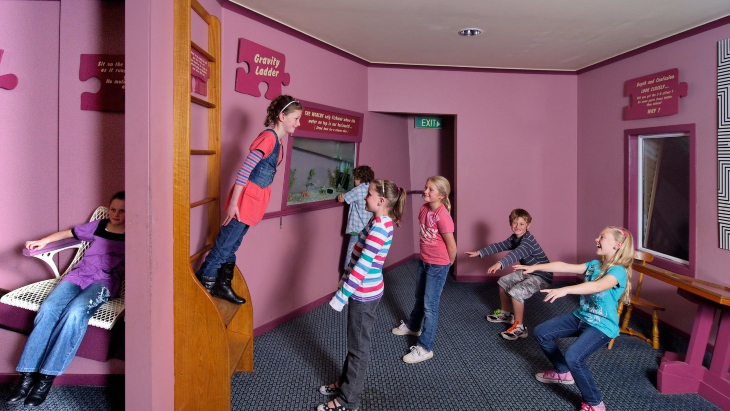 If you find yourself on Phillip Island - lucky you! Why not head down to the island's favourite fun park, A Maze'N Things, open 7 days a week.

Check out the mind-bending illusions, try your hand at the activities, and of course, get lost in the huge, 2km long 3D maze. Will you be the one to finally capture the yellow flag?

Take a wander around Fairytale Land, Camelot Playground, and the Elephant Rock Picnic Grounds when you visit Fairy Park, a place of tales, myths and legends. Indulge your inner historian and immerse yourself in ye olden days with King Arthur and his Knights, or have yourself a cup of tea with Alice & Co at the Mad Hatter's Tea Party.

Check out the handcrafted animated scenes that come to life with a push of a button - Cinderella is fabulous at the ball, and baby bears too cute in the Goldilocks scene.

For the adrenaline-junkies, there are a few rides, but mostly low key like the carousel and the giant slide.