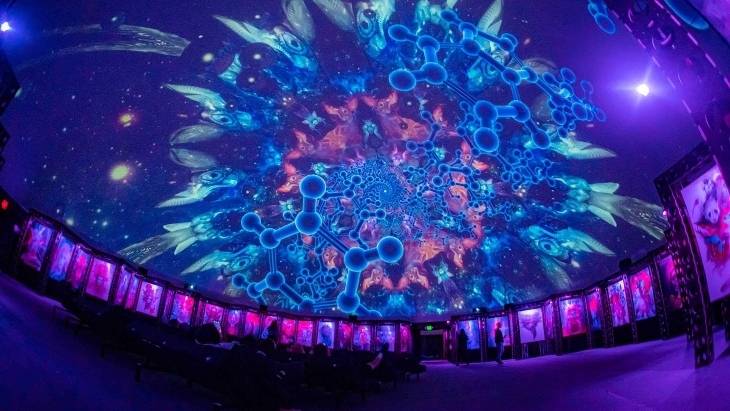 A ground-breaking, 360-degree cinema experience is coming to Sydney this December!

WONDERDOME at The Entertainment Quarter

WONDERDOME is a cinematic experience unlike anything Sydney has seen before and is making its way to Moore Park's Entertainment Quarter this December. From Saturday 4 December 2021 to Sunday 30 January 2022 visitors to WONDERDOME will be treated to an 'EXTRAsensory' experience where art, film and music are fused together to create a unique digital adventure. Think ‘virtual reality’ without the goggles.

WONDERDOME is a ‘Pop Up’ 360 dome theatre combining fully immersive visuals with leading-edge technologies that dissolve the boundaries between digital and physical to create environments where audiences ‘experience a new reality’.

Geoff Jones, CEO of TEG said, "We are delighted to be contributing to the reactivation of Sydney this summer by delivering such an innovative and exceptional experience at The Entertainment Quarter.  This is the largest 360 projection cinema that Australia has ever seen and our slate of films has been carefully designed to provide something for everyone aged between 3 and 83. This is the future of cinema!"

Book your tickets to WONDERDOME today.