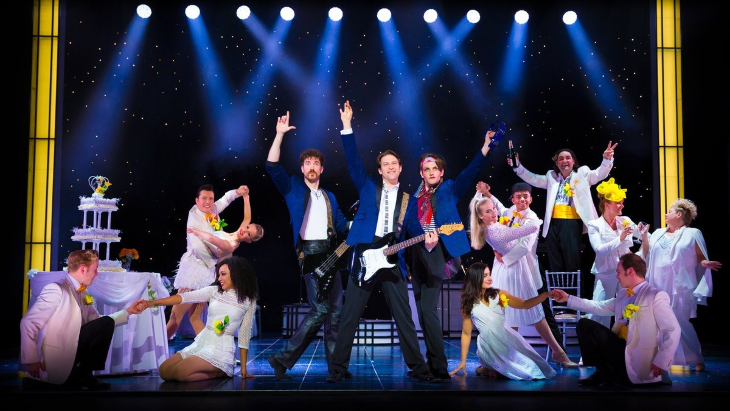 The 80s are back in Sydney big time with the smash-hit, Wedding Singer the Musical!

Everyone's favourite wedding singer is about to light up Sydney's State Theatre with all your favourite tunes from the Hollywood hit.

Wedding Singer the Musical has garnered rave reviews after sell-out performances on Broadway and across the UK and now, we're about to get a taste of the 80s action here in Sydney. Get your hair spray ready!

Based on the classic 80s Adam Sandler movie of the same name, Wedding Singer the Musical follows Robbie Hart, New Jersey’s number one wedding singer and the life of the party. That is until his own fiancee strands him at the altar. Bitter and broken, Robbie begins to make every wedding as disastrous as his own until a warm-hearted waitress named Julia intervenes. Only trouble is, Julia’s about to be-you guessed it-married! Can Robbie pull off the performance of the decade and win the girl of his dreams?

Visit Ticketmaster to book your tickets to Wedding Singer the Musical.