Vivid Returns to Sydney in 2022 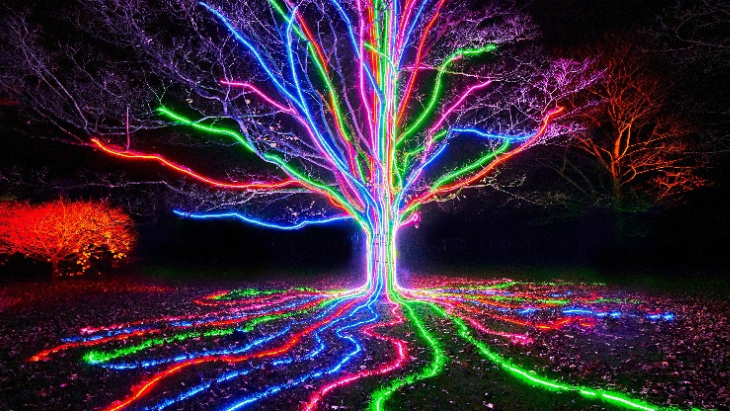 If there’s one place in the world where creativity, innovation and technology shine bright, it’s Vivid Sydney, a festival of Light, Music and Ideas. And it will officially return in 2022!

Each year Vivid Sydney brings together light artists, music makers and brilliant minds to share their creativity with you. The festival celebrates Sydney as the creative hub of the Asia-Pacific with large-scale light installations and projections, free family events, cutting-edge music performances, thought-provoking ideas talks, workshops, and conferences.

Sydney is synonymous with crowds, we hear you say! Well, we are expecting a whole new world and a COVID-safe format for Vivid Sydney 2022.

The organisers of Vivid Sydney are keeping pretty tight-lipped about the full lineup for the 2022 event, but the families can expect the program to run from 27 May to 18 June and will include your usual colourful illumination displays along with the Vivid Light Walk that will run continuously for 8km from the Sydney Opera House to CentralStation with 'Future Natives', a flock of 200 LED Sydney birds by artist Chris Daniel to guide you on your way.

Circular Quay is getting a romantic touch with For Sydney With Love. This year, iconic Sydney artist KenDone has collaborated with projection specialists, Spinifex Group to create a love-filled installation celebrating Sydney, its icons, and the natural environment.

The 'Lighting of the Sails' will return to the Sydney Opera House and will project incredible light displays and visual masterpieces every evening.

Convergence by Mandylights will illuminate The Goods Line Tunnel during this year’s Vivid Sydney, becoming a portal to a spectacular confluence of light, laser and smoke. After almost 40 years of disuse and darkness, the mesmerising space will lure visitors in as they follow bouncing rays of light into a fully immersive display – the largest scale laser installation in Vivid Sydney’s history.

Hickson Road Reserve will mesmerise thanks to Sri Lankan-born, Western Sydney-raised artist Ramesh Mario Nithiyendran, whose installation, Earth Deities will present an eight-metre-tall, multi-limbed and cacophonous avatar that will come alive at night through the synthesis of dramatic lighting.

The full Vivid 2022 schedule is set to be released later in the year. Visit Vivid Sydney for more information.