This Popular Game Of Thrones Parody Is Hitting The Opera House 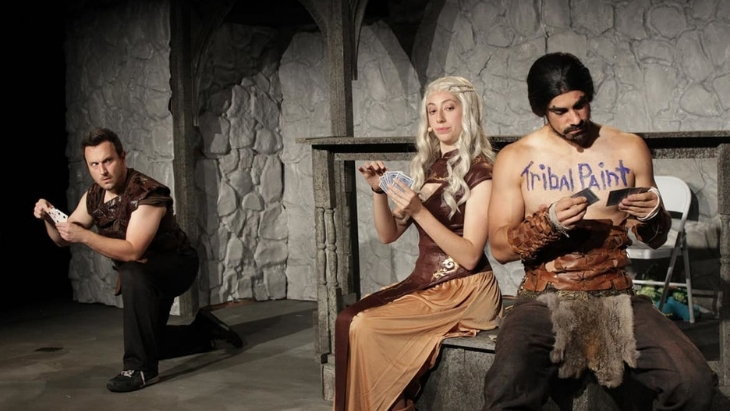 Fresh off the back of a series of sold-out seasons in Edinburgh, Los Angeles and Chicago, the Sydney Opera House is set to play host to the latest edition of Thrones!—the hilarious musical parody of HBO’s Game of Thrones.

The show follows a group of avid Game of Thrones fans preparing to watch the final season of the Golden Globe, BAFTA and Emmy Award-winning adaptation of George RR Martin’s best-selling book series, “A Song of Ice and Fire”. When one of their number admits to never seeing a single episode, the gang quickly rally together to re-enact all the aired episodes – playing some 40 roles between them.

Taking to the stage from Wednesday 5th to Sunday 23rd June 2019, this show is a must-see for all Game of Thrones fans!