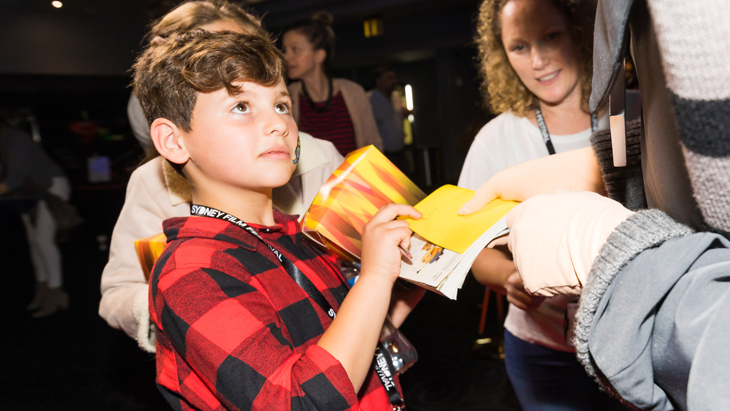 Since 1954, the Sydney Film Festival has brought over 9000 of the best films from around th globe to Australian audiences. Now in its 65th year, the Festival is proud to present a celebration of contrast, from today's most gifted storytellers. The Family Films program returns with six films screening at the Festival in daytime sessions over the weekend. Tweenagers will enjoy the world’s first movie adapted from inspired by an Instagram feed, Skate Kitchen, about a crew of all-girl skateboarders in New York and featuring millennial icon Jaden Smith; The Changeover, a film from New Zealand starring Timothy Spall and Lucy Lawless; and Dressage, winner of the Jury Award at the Berlinale’s Generation Section.

Kids and adults will love this program equally, designed to bring festival-quality feature-length films suitable for a variety of ages, such as Oscar-nominated animation The Breadwinner, and family adventure Maya the Bee: The Honey Games, voiced by an all-star Australian cast including Richard Roxburgh, The Umbilical Brothers’ Dave Collins and Shane Dundas, and Justine Clarke.