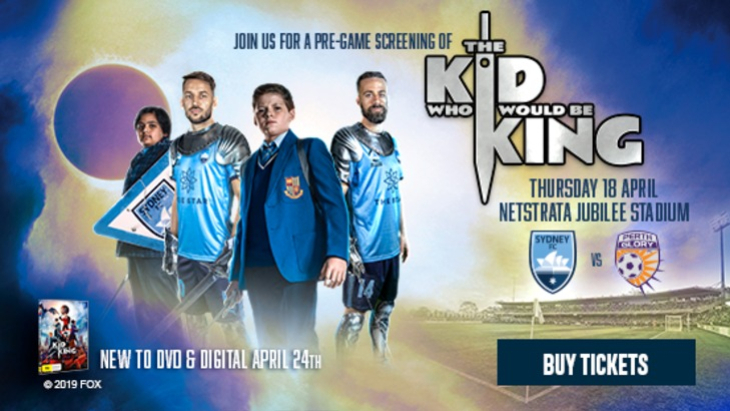 A treat for fans and families The Kid Who Would Be King movie will be screened prior to the game. For those that arrive early to see the movie there will be 1,000 knight face masks handed out on entry PLUS a magician roving around the precinct bringing to life some of the magic and fun from the film.

Gates for the match on Thursday 18th April will open at 4:45pm, and the screening beginning at 5.10pm, making the event the perfect family outing.

There will also be a “Quest for the Holy Grail” Easter Egg hunt before the big match. The Kid Who Would be King is a family-friendly epic based off the King Arthur legend. Alex, just another bullied kid, must turn schoolyard enemies into allies, who becomes the leader he never dreamed he could be after discovering the legendary sword Excalibur. The Kid Who Would Be King is available on DVD and Digital April 24.