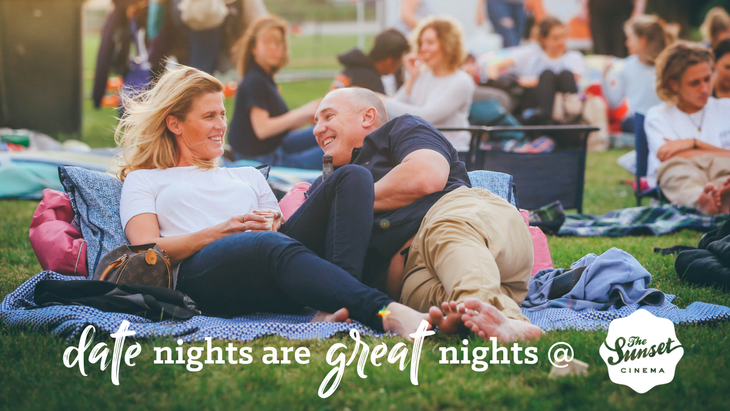 Enjoy warm summer nights kicking back watching your favourite movie under the stars at Sunset Cinema in North Sydney Oval.

With a commanding position overlooking the lights of North Sydney, along with the Oval's historic grandstands and lush outfield, North Sydney Oval provides the perfect backdrop for the Sunset Cinema.

The Sunset Cinema has a movie program that caters to all tastes plus they offer a range of tickets including their premium Peugeot Lawn Lounge package.

A Peugeot Lawn Lounge ticket includes:
- Entry for 1 (adult or child) PLUS
- Your own reserved Bean Lounger in the best viewing position PLUS
- A bag of Cobs popcorn PLUS
- A glass of MadFish wine or 4 Pines beer (or non-alcoholic drink)

Groupies Ticket: Outdoor cinema is best enjoyed with friends so pull the crew together and save with 4 tickets only $64.

Wednesday Night Twin Ticket: At only 2 for $32 bringing a friend can save you a few dollars on your humpday night out! Valid for any Wednesday night screening during the season!

You can buy all the usual movie-snacks at the on-site snack bar, including a glass of wine or beer. For those wanting something a little more substantial, The Greens of North Sydney has a special on-site menu for sunsetters.

Wednesday 21 February - Dirty Dancing - Relive the drama, the music and the dance moves back on the big screen!

Thursday 22 February - Darkest Hour - A thrilling and inspiring true story begins on the eve of World War II as, within days of becoming Prime Minister of Great Britain, Winston Churchill must face one of his most turbulent and defining…

Friday 23 February - Nut Job 2 - Nutty By Nature: Surly and his friends must stop Oakton City's mayor from destroying their home.

Wednesday 28 February - Three Billboards Outside Ebbing, Missouri - Without a culprit in her daughter's murder case, Mildred Hayes paints three signs leading into her town with a controversial message directed at town's revered chief of police.

Thursday 1 March - The BBQ - Dazza has a passion for barbequing. He accidentally gives his neighbours food poisoning.

Friday 2 March - COCO - Aspiring musician Miguel teams up with charming trickster Hector on an extraordinary journey through the Land of the Dead.

Saturday 3 March - Pitch Perfect 3 - Following their win at the world championship, the now separated Bellas reunite for one last singing competition at an overseas USO tour.

Wednesday 7 March - Sweet Country - Inspired by real events, Sweet Country is a period western set in 1929 in the outback of the Northern Territory, Australia.

Friday 9 March - I, Tonya - Tonya Harding rises through the ranks of competitive figure skating only to find disgrace when her husband tries to eliminate her rival. Also on Thursday 22 March.

Saturday 10 March - Molly's Game - The true story of Molly Bloom, an Olympic-class skier who ran the world's most exclusive high-stakes poker game and became an FBI target. And also on Wednesday 21 March.

Thursday 15 March - Phantom Thread - Set in the glamour of 1950s post-war London, renowned dressmaker Reynolds Woodcock and his sister Cyril are at the center of British fashion, dressing royalty, movie stars and heiresses.

Saturday 17 March - Father Figures - Upon learning that their mother has been lying to them for years about their allegedly deceased father, two fraternal twin brothers hit the road in order to find him.

Friday 23 March - Black Panther - T'Challa, after the death of his father, the King of Wakanda, returns home to the isolated, technologically advanced African nation to succeed to the throne and take his rightful place as king.

Saturday 24 March - Lady Bird - Lady Bird fights against but is exactly like her wildly loving, deeply opinionated and strong-willed mom, a nurse working tirelessly to keep her family afloat after Lady Bird's father loses his job.