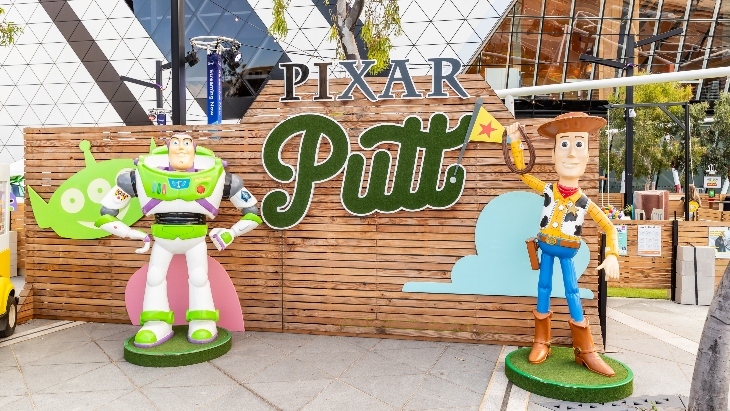 Due to the stay-at-home orders issued for Sydney and uncertainty around the current COVID-19 outbreak, Pixar Putt will no longer proceed as planned in June/July 2021. All parties are working towards confirming new Sydney dates for later this year which will be announced soon. Existing ticket buyers are encouraged to retain their tickets as they will be valid for the new season. If patrons find they are unable to attend the new dates, once announced, Ticketek will be able to discuss all options. They apologise for the inconvenience and look forward to bringing Pixar Putt back to Sydney soon!

And just like that Ellaslist's favourite Pixar Putt mini golf course is returning to Sydney from the end of June.

Held at the Hodern Pavilion Plaza, Moore Park, the pop-up open-air mini golf experience will feature all the Pixar favourites from Friday 25 June until Sunday 25 July.

Choose either a nine or 18-hole run, with each being inspired by some of Pixar’s most adored films including Toy Story, The Incredibles, Monsters, Inc. and so many morAnd there's even a new hole inspired by Disney-Pixar’s new original movie, Luca, now streaming on Disney +.

And if flying child-free is more your vibe, then there’s also special after-dark sessions just for adults with a pop-up bar. The kid-free putt-putt will run on Thursday, Friday and Saturday nights from 7pm.

There is plenty of space for patrons to stay safe have fun and kick some serious putt!

Find out more and book tickets on the Pixar Putt Putt website.