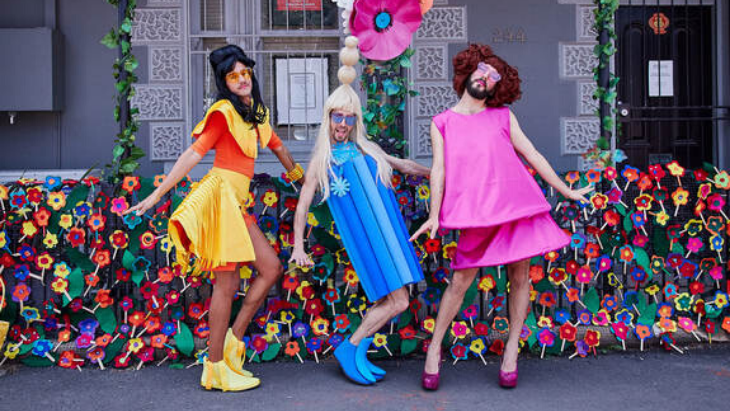 As an official festival event of the Sydney Gay & Lesbian Mardi Gras, Picnic Surry Hills promises to be a colourful affair with an array of extraordinary entertainment.

Meet the fabulous and glamorous Devonshire Divas and Axl Rod, the local Merman, along with an entourage of local characters, personalities and a few surprises. And for the kids, magical unicorn rides await. On the music front, stepping up to the decks to provide the ultimate lazy Sunday afternoon soundtrack is Arq resident, DJ Adam Love, and Groovescooter’s DJ’s Paris Pomper and Georgie. As part of the Daisy Chain Public Art Project, everyone is invited to create an enormous installation of blooming flowers.

By night, PICNIC in the pub will offer more live music and entertainment, drink specials and relaxed vibes at some of Surry Hills favourite haunts including Tilly May’s upstairs at the Trinity Hotel, the Shakespeare Hotel, the Dove & Olive and many others.

Where:    Ward Park, Surry Hills
When:     February 23, 12pm - 5pm followed by night entertainment.
Cost:       FREE
See the website to check out the full program of entertainment.